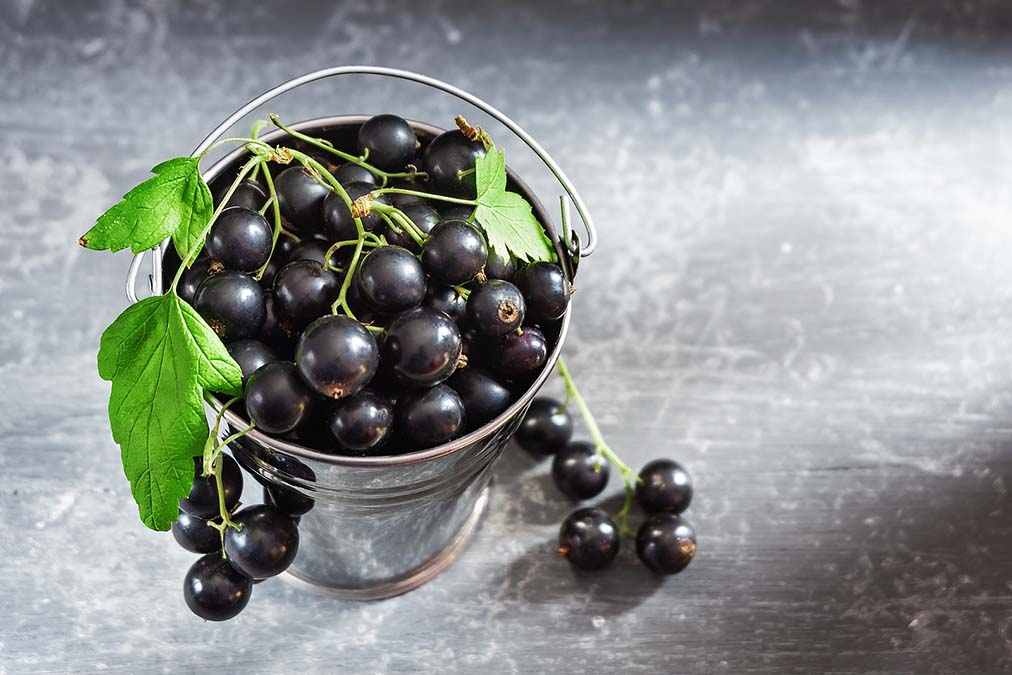 These beautiful shrubs that bear dark purple berries are native to parts of Europe and Asia.

The deeply pigmented berries from these shrubs boast chart-topping levels of health-promoting phytonutrients, such as anthocyanins, flavonols, and phenolic acids.

These compounds protect the plant from pests and parasites and also have protective properties for those who consume them, including antioxidant, antimicrobial, and anti-inflammatory activity .

But the most astonishing finding for us is that these berries heal both high blood pressure and Type-2 Diabetes.

In addition to their antioxidant properties, blackcurrant seeds are famous for their high levels of polyunsaturated fatty acids, notably the essential fatty acid gamma linolenic acid, or GLA. Blackcurrant has been used in traditional herbal medicine to treat a wide range of health conditions, including high blood pressure and diabetes.

Multiple researchers have been particularly interested in the potential for blackcurrants and other high-phytonutrient berries to act as therapeutic treatments for high blood pressure and other cardiovascular diseases.

A study on women between the ages of 18 and 75 found that participants who consumed higher levels of anthocyanins and flavones—an amount equivalent to 1 or 2 portions of berries daily—were found to have more elastic arteries and significantly lower blood pressure.

Certain compounds contained in blackcurrants have been found to lower blood pressure by exerting their effects on the blood pressure-regulating system in the kidneys, known as the renin-angiotensin system.

These compounds inhibit an enzyme that initiates signaling pathways that lead to increased blood pressure.

In a clinical trial, the researchers enriched commercially available mixed berry juices with blackcurrant extract and found that the enriched juice produced significant blood pressure-lowering effects. There was an even more pronounced benefit for participants with hypertension when they were compared to cohorts with normal blood pressure. Furthermore, the blackcurrant-enriched juice reduced blood pressure variability, making it more stable.

Researchers have reported that blackcurrant seed oil inhibits blood pressure reactivity by more than 40%. This berry extract also produces a significant overall drop in diastolic blood pressure (this is the lower number in the blood pressure ratio, which measures the pressure in the arteries between beats, when the heart is relaxed).

Just as incredible, multiple laboratory studies have revealed the potential benefits of blackcurrants for the prevention and treatment of Type-2 Diabetes.

When treated with blackcurrant extract, the mice displayed lower levels of key inflammatory markers, lower blood glucose levels, and lower cholesterol and triglyceride levels, all of which are important predictors of diabetes risk. Therefore, the researchers concluded that blackcurrant consumption may help counteract the detrimental effects of high-fat and high-cholesterol diets.

Researchers in one study concluded that C3R may be useful for preventing the post-meal blood sugar spikes that characterize Type-2 Diabetes. These same benefits of C3R may also occur in people with some forms of insulin resistance and pre-diabetes, so C3R could possibly be used to help these individuals avoid developing the disease.

But eating berries may not be enough to completely reverse your Type-2 Diabetes. For that, you need the 3-step process described here…