Stopping The Most Stubborn Vertigo & Dizziness 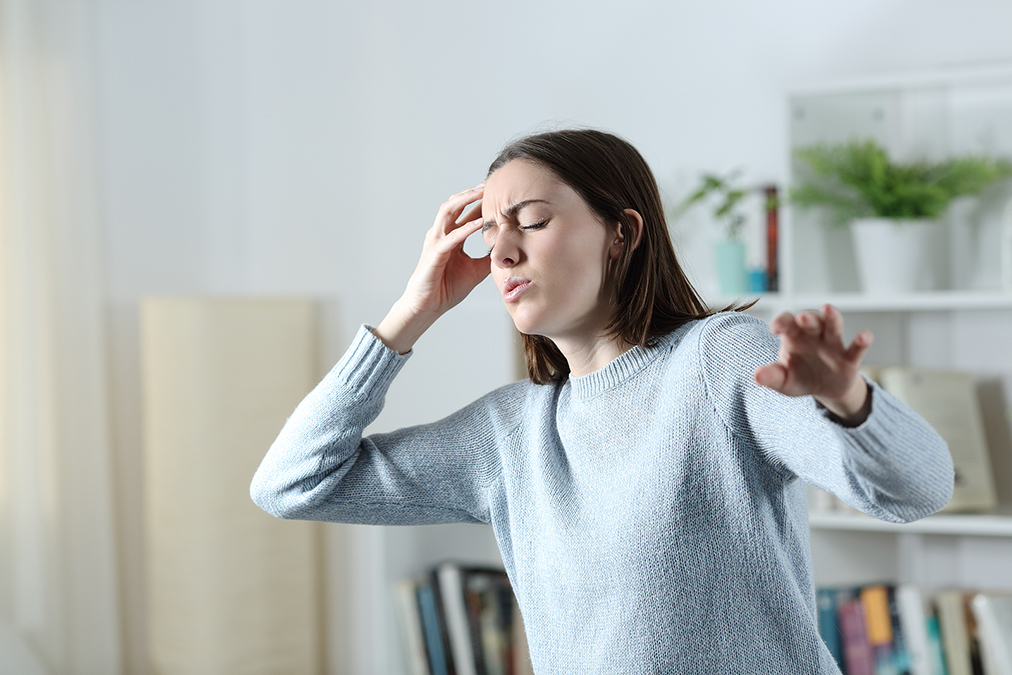 Vertigo is one of the most common health complaints that doctors get. Most of the time, they’re unable to help.

And even after doctors use their most effective techniques to treat vertigo, and after it seems like the underlying cause is gone, the vertigo continues.

But a study in the latest Chinese Journal of Otorhinolaryngology–Head and Neck Surgery now reveals a simple method to eliminate this residual vertigo after initial treatment.

Benign paroxysmal positional vertigo is the type of vertigo in which calcium crystals fall into the semicircular canals in your inner ear, where they irritate the nerve hairs that send balance information to your brain.

Drugs cannot cure this type of vertigo. The most common treatment method is head movements that move the calcium crystals back out of the canals so they can no longer interfere with the information those nerve hairs send to your brain.

But even after completing a program of head movements, many vertigo sufferers still struggle with residual dizziness and the accompanying difficulty in daily function.

With these people in mind, scientists from Fudan University in Shanghai conducted a study to see how to finish off that residual vertigo that survives initial treatment.

They recruited 129 people with benign paroxysmal positional vertigo who had undergone successful canalith repositioning procedures and whose circular canals were now free of these irritating calcium invaders.

All the subjects were still struggling with residual dizziness.

The researchers divided them into three groups:

At the end of the four weeks, the participants completed the commonly used Vestibular Activities and Participation measure, a questionnaire that asks respondents about their daily activities and social participation to check the effects of dizziness on their lives.

In addition, the researchers performed a sensory organization test, a common balance test that assesses subjects’ ability to use visual and other sensory clues to maintain their postural stability.

These were the final results of the study:

This shows that natural treatments are just as good or better than medications. And the best way I know to tackle the most stubborn vertigo and dizziness are the simple vertigo exercises explained here…