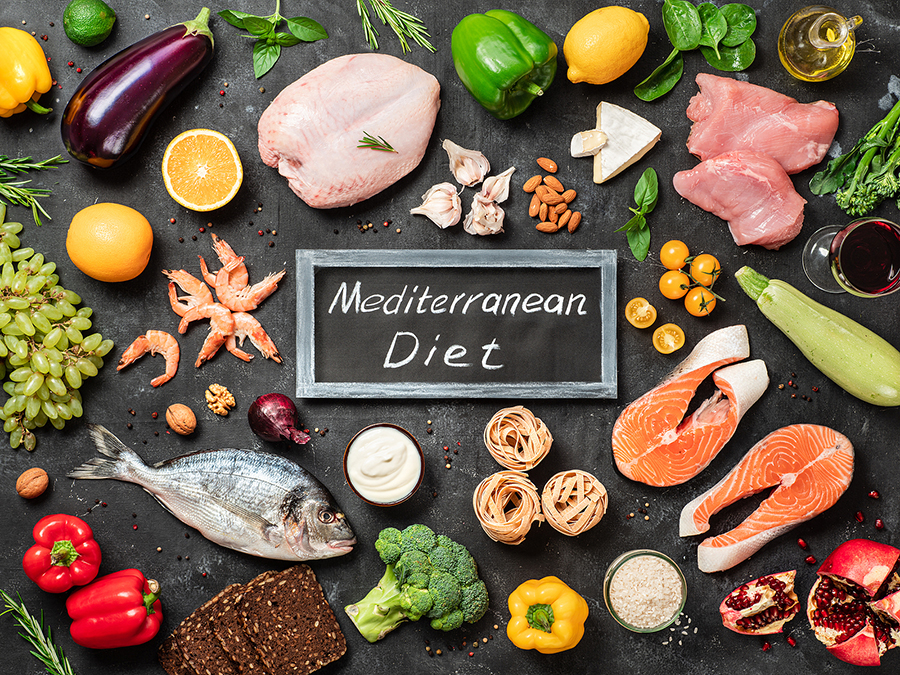 This delicious health diet has been proven again and again to be absolutely the best diet for improving cholesterol levels, blood pressure, blood sugar, and every other health metric.

So a new study published in the journal Heart decided to put it to an ultimate test.

What if you put this already healthy diet on overdrive by making it even healthier?

The ability of the Mediterranean diet to bring about lower heart disease risk is primarily attributed to the higher intake of the polyphenols that are so abundant in plants, the consumption of healthier fats, increased fiber intake, and lower animal protein consumption.

This made the researchers wonder what would happen if the Mediterranean diet was put on overdrive to contain even more polyphenols, more fiber, and less animal protein than the traditional diet.

For this purpose, they divided their subjects into three groups:

1. The first received guidelines for physical exercise and basic dietary advice.
2. The second received the same advice along with help to follow the traditional Mediterranean diet—low in refined carbohydrates, with poultry and fish replacing most red meat, and including 28 grams of walnuts per day.
3. The third received the same basic advice as the first two groups along with help to follow a green Mediterranean diet, which included 28 grams of walnuts per day, completely excluded red meat and poultry, and included more plant matter in the form of three to four cups of green tea and a Mankai strain of Wolffia globosa, a high-protein aquatic plant.

The subjects were all overweight/obese with a high waist circumference.

During the six-month study period, the GreenMed diet group lost an average of 6.2 kilograms compared with 5.4 in the Mediterranean diet group and 1.5 in the basic advice-only group.

In terms of waist circumference, there was a big difference, with a loss of 8.6 centimeters in the GreenMed group compared with 6.8 and 4.3 in the Mediterranean and advice groups.

In addition, their insulin resistance and the inflammatory chemicals in their blood decreased more than those in the Mediterranean group. These are two of the major risk factors for heart disease.

These changes almost halved the risk of the GreenMed participants developing serious heart disease in the following 10 years, as calculated by the Framingham Risk Score model.

Therefore, take a traditional Mediterranean diet, omit the red meat and poultry, and replace them with plant proteins for the absolute best heart health.

But if you’re going to lower your cholesterol to the healthiest levels, then cut out this ONE ingredient you didn’t even know you were consuming…