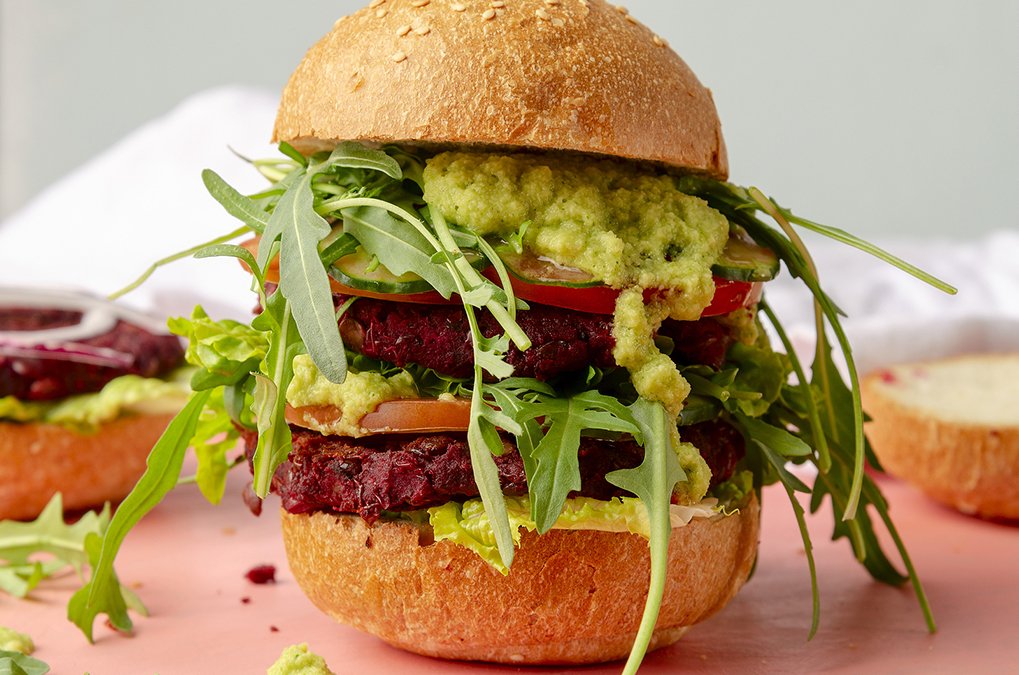 Meat, especially processed meat, has had quite a bad press lately, especially in connection to heart health.

This has led to a huge spike in vegetarian substitutes such as veggie burgers, sausages, patties etc.

The problem is that these veggie alternatives are often heavily processed, sparking doubts that they’re any healthier than real meat—or even if they’re unhealthier.

This led researchers from Stanford University to conduct a head-on study published in the Journal of Clinical Nutrition: veggie burgers vs meat.

They asked 36 adults to participate in the study. Their average age was 50, their average body mass index was 28 kg/m2 (with some of them being normal weight and others obese), and 67 of them being women while 69 percent were white.

During both these diets, the participants ate at least two servings of meat or meat substitute per day while keeping their consumption of other foods and beverages as similar as possible between the two diets.

When the researchers tested a chemical called trimethylamine N-oxide, or TMAO, they found lower levels in the meat substitute eaters than in the meat eaters.

TMAO has recently emerged as a primary marker for heart disease, with it occurring in the bodies of the majority of people with the condition.

In fact, it was a bit more complex than this.

This led the researchers to conclude that there was probably a type of gut bacteria that helped to produce TMAO, a type that flourished in people who eat red meat.

But by essentially making a group of their subjects vegetarian for the first 8 weeks of the study, they blocked their bodies’ ability to make TMAO.

The meat substitute eaters also dropped 10mg per deciliter of LDL or bad cholesterol, and they lost 2lb. Pretty good for only 8 weeks!

This means that, highly processed or not, meat substitutes have a better effect on heart health, cholesterol, and weight than red meat does.

But the finding regarding TMAO suggests that you might be able to get away with eating your red meat occasionally, as long as you stick to substitutes most of the time.

The fact is that neither veggies nor meat are going to save you from cardiovascular disease. For that you need to cut out this one ingredient you didn’t even know you were consuming…