When Acid Reflux Is Not Acid (Are You Secretly Suffering This?) 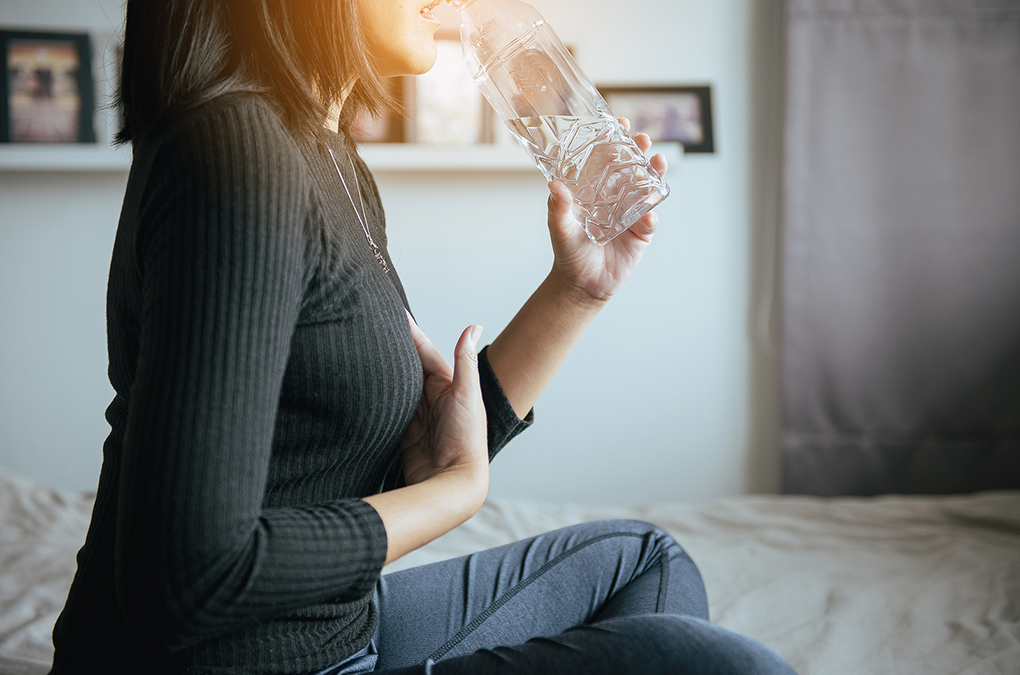 Gastroesophageal reflux diseases usually become problematic because of the stomach acid that flows out of your stomach into your esophagus, throat, and mouth, damaging the tissue located there.

Millions of people suffer this disease and the traditional medical system has no solution other than very dangerous medications.

But a new study in the journal Laryngology has just discovered that your acid-reflux may actually not be all that it seems.

In fact, it may be nonacid reflux, which is a whole new ballgame.

Scientists from the Sixth Medical Center of PLA General Hospital in Beijing wondered whether nonacid reflux was actually more common than acid reflux, especially considering how many people still experience symptoms after being placed on acid suppression medication.

After all, if acid suppression drugs remove only the acid but not the reflux, then it treats only the most harmful symptom and leaves the cause untreated.

Between January 2014 and April 2019, they recruited 344 patients with laryngopharyngeal reflux diseases. They were also given 24-hour intraluminal impedance tests, which included a detection of the number of times stomach contents came back up, the pH of the regurgitated contents, and symptoms such as swallowing, coughing, throat clearing, belching, burning, and so forth.

They then counted their subject’s weekly number of acidic and alkaline reflux events to see which occurred more often.

They found that nonacid reflux events accounted for 74.1 percent of all reflux events, and that the participants displayed and reported the same symptoms, whether or not the reflux was acidic.

This means that nonacid reflux is actually a bigger problem than acid reflux in these diseases.

While it may be true that regurgitated acidic contents can cause greater harm to the lining of the esophagus and throat, non-acidic contents still contain bile and enzymes that can irritate these tissues.

Pepsin, a substance that breaks down proteins in the stomach, is the most common ingredient in nonacid reflux. It is biologically inactive when it is in an alkaline environment, but it is still not normal to find it in the esophagus and throat.

Nonacid reflux often happens in the same way acid reflux does: the valve between your esophagus and stomach does not close properly and lets stomach contents through.

Bile is produced in your small intestine to break down the fat you eat. It is alkaline, and it can burn your throat if it ends up there.

I have helped thousands of people to successfully eliminate their acid reflux. Interestingly, the exact same method (explained here) works for nonacid reflux…