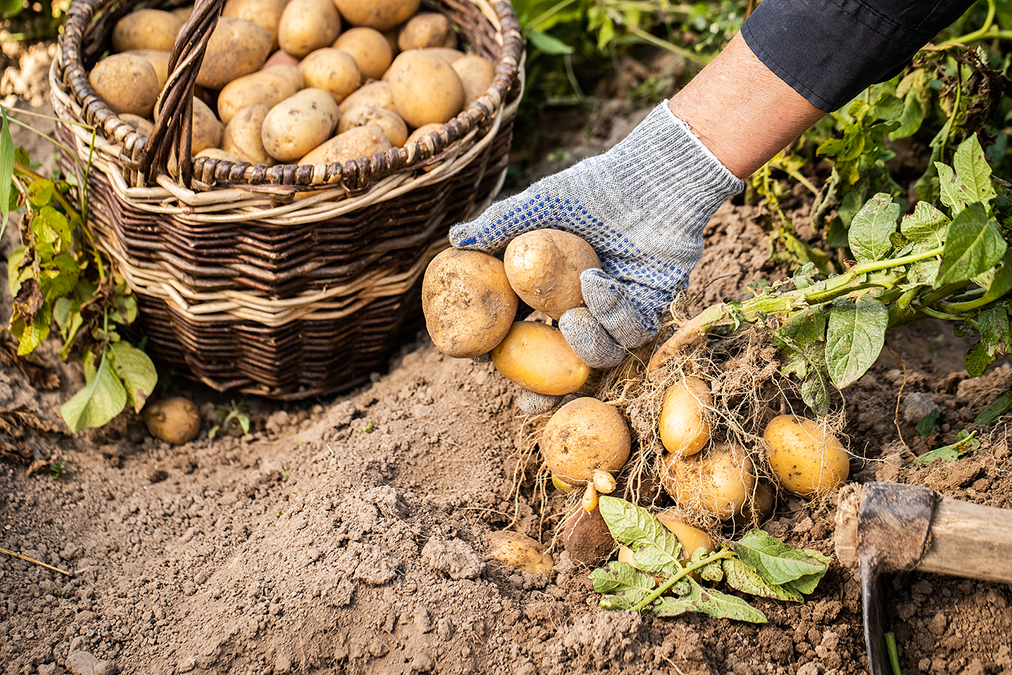 Shred them, and they’ll send your blood pressure soaring.

Dice them and you still won’t be any better off. Because these are killer veggies—at least that’s what “health experts” have been saying for years.

Contrary to popular opinion, eating this so-called “junk food” veggie won’t force you to pack on the pounds.

A new research study highlighting the amazing blood pressure-lowering abilities of the potato was presented at the 242nd annual National Meeting & Exposition of the American Chemical Society (ACS) in Denver, Colorado.

The results of the research revealed that consuming just a few spuds a day lowers blood pressure as effectively as oatmeal, without adding extra pounds.

The study looked at 18 overweight/obese individuals who suffered from high blood pressure, and they were instructed to eat at least 6–8 purple potatoes with skins twice a day for one month.

The researchers explained that they used purple potatoes because the pigment is especially rich in powerful health-boosting compounds called phytochemicals.

According to the study authors, none of the participants gained extra weight from daily potato consumption.

Researchers discovered that certain compounds found in potatoes have a similar effect as the better-known ACE inhibitors, a group of leading blood pressure-lowering medications, have on the body.

Furthermore, the researchers were able to identify in potatoes a unique group of phytochemicals, which also are found in spinach, Brussels sprouts, and broccoli. The authors of the study believe that these unique phytochemicals also played an important role in blood pressure reduction.

But don’t rush to your nearest junk food restaurant to order an extra-large portion of French fries just yet!

The study was done using whole potatoes cooked in the microwave with skins, without oils or any other types of fats added.

Most of us associate potatoes with a high level of carbohydrates, empty calories, a lot of fat.

However, in reality, a potato that is prepared without oil, butter, margarine, or sour cream contains just 110 calories and plenty of vitamins, minerals, and health-boosting phytochemicals.

I am sorry to reveal the sad truth to French fry lovers, but the high cooking temperatures that are used to make “America’s favorite food” seem to destroy most of the healthful substances found in potatoes. What remain are fat, starch, and few minerals.

Even though this particular study used purple potatoes, the researchers strongly believe that white potatoes provide the same benefits. The studies supporting this belief are going to be conducted in the near future.

You can find purple skin potatoes in larger food markets; however, you can enjoy the same benefits of white potatoes found all over the planet.

I recommend baking, boiling, or steaming potatoes if you want to optimize the health benefits.