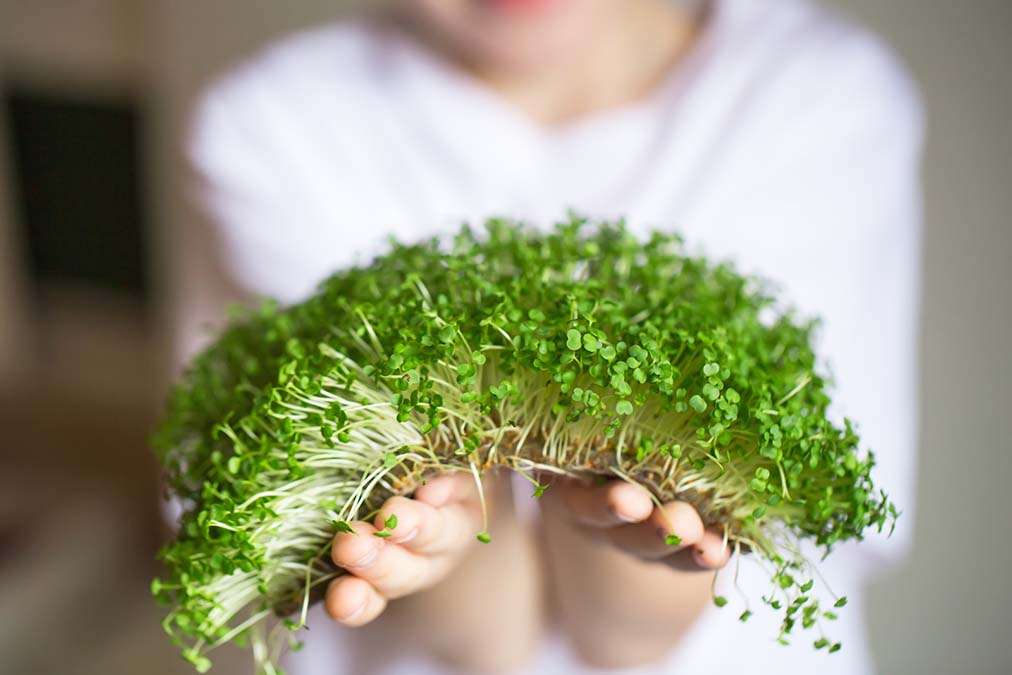 Green vegetables have always been the underdogs when it comes to vegetable consumption, and they’re typically pushed to the side of the plate, but there’s a new green in town that is gaining popularity.

Scientists from the Department of Nutrition and Food Science at the University of Maryland recently published a study showing how powerful these tasty greens are – especially for your cholesterol level – and the best time to eat them.

Microgreens are green vegetables or herbs that are harvested just a week or two after they start growing, making them even smaller than baby greens.

Scientists have found microgreens to be a whopping five times higher in vitamins and carotenoids than their more mature versions.

After eight weeks on a diet of microgreens, the scientists observed microgreen-eating rats gained less weight on high-fat diets than their non-microgreen counterparts.

In addition, their LDL (bad) cholesterol levels in their livers were lower and there were also fewer inflammatory cytokines.

If you want to harvest them at home, start with red cabbage, and harvest when they have only one stem, one or more cotyledon leaves, and just one or two pairs of real leaves.

Not into farming? That’s okay. I’m not either and I STILL managed to normalize my cholesterol and unblock my arteries. All you have to do is cut out this one ingredient you didn’t know you were consuming to start seeing results in 21 days or less…