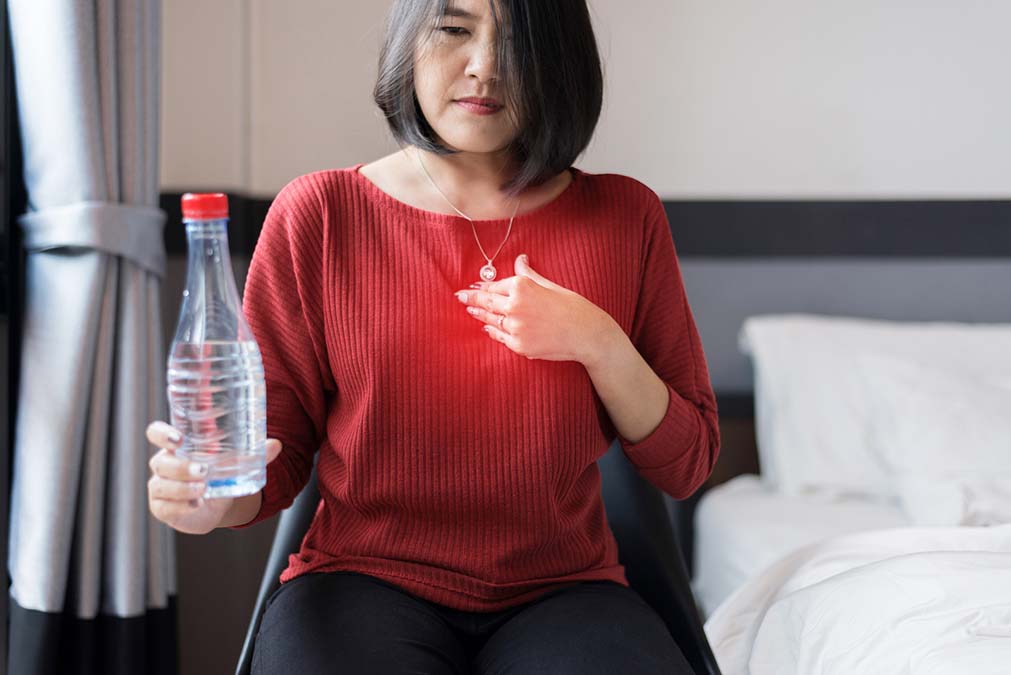 Acid reflux is unpleasant at the best of times, but new studies reveal that it could be even worse than once thought.

Acid reflux is the regurgitation of stomach acid in your esophagus.

Temporomandibular disorder (TMD) involves pain in the joint and muscles that control movement of your jaw.

So, what do the two have to do with each other? The Canadian Medical Association Journal has just reported that one might lead to the other.

A team of American and Chinese scientists collected information from 1,522 patients with chronic TMD. 1,522 healthy people provided the same information to act as a control group.

They observed that 132 of the TMJ (TMD) patients had acid reflux compared to 61 of the people without it.

This is not the whole story, however.

Other evidence shows people who suffered from acid reflux were more likely to experience poor sleep, anxiety, and somatization; the latter refers to a condition where people’s psychological distress manifests in the form of physical symptoms like pain without there.

It was also confirmed that people with TMJ were more likely to struggle with poor sleep, anxiety, and somatization.

Although the mechanisms behind the relationship still remain unknown, the researchers believe people could get stuck in a cycle where poor sleep, somatization, and anxiety could exacerbate the pain, thus causing sleep problems and psychological disorders.