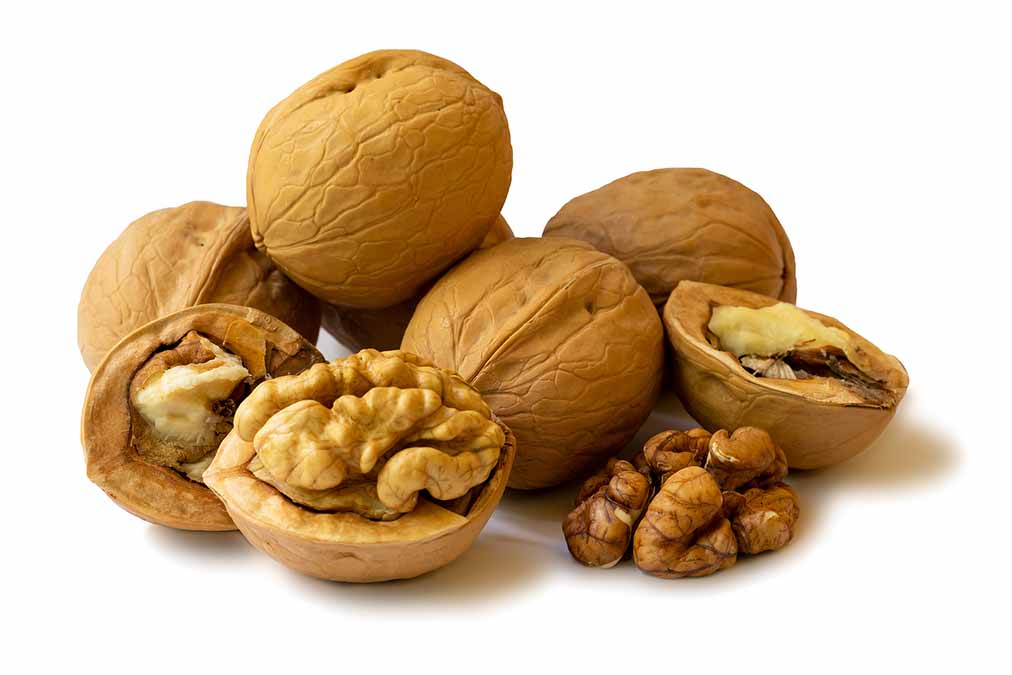 Scientists from the Universitat Rovira i Virgili in Spain and the Pere Virgili Health Research have published a study in the journal Nutrients to answer this:

They asked their 83 subjects to stay on their unhealthy Western diets. They split them into two groups: a group that started eating 60 grams of walnuts, hazelnuts, and almonds every day, and a group that carried on eating as before.

At the beginning and the end of the study, all the subjects completed the IIEF-15 to measure sexual function. This is the most widely used international questionnaire and its scientifically validated.

The researchers also measured their subject’s nitric oxide and E-selectin, two markers that can indicate the quality of sexual and blood vessel function.

While their nitric oxide and E-selectin levels did not differ by the end of the study, the nut consumers reported significantly more sexual desire and better orgasmic function than the other subjects did.

The scientists recommended that further research be done on more subjects to confirm these findings and that research is necessary to ascertain why nuts are beneficial for sexual function.

The only potential downside to the study was that it was funded by the International Nut and Dried Fruit Council, so you’d be right to worry about bias. Still, there’s other research out there that comes to similar conclusions, so it’s probably not as skewed as you might think.

Back in 2011, research published in the International Journal of Impotence Research found that erectile dysfunction improved after men started eating 100 grams of pistachios a day.

Their cholesterol also dropped significantly and the blood flow through their penises improved. It was only a small study of 17 subjects, but it’s not alone.

Another study in the journal Circulation had participants on a Mediterranean diet, but with walnuts replacing some of the monounsaturated fat like olive oil.

They didn’t set out to measure sexual function specifically, but they were looking at blood vessel function. If blood flow is restricted in the body, then that means the penis is affected too, and erectile dysfunction is the result. But the people in the study who consumed walnuts had better blood vessel function than the ones eating a regular Mediterranean diet.

So, even though research is still extremely thin on the ground, these studies are starting to add up, so try adding two handfuls of nuts a day and see if your ED improves.

And if it doesn’t, don’t worry. There’s still this guaranteed natural way to beat erectile dysfunction…