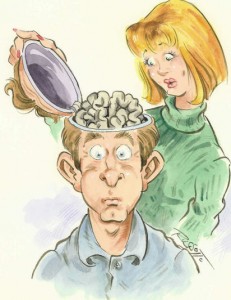 Scientists looking at ways of improving anti-clotting therapy for stroke prevention were handed a disappointing (albeit predictable) result recently when studying the effects of combining 2 popular blood-thinning treatments.

Doctors trying to evaluate the efficacy of combining aspirin with another blood thinner, clopidogrel (Plavix) found their hypothesis busted recently, according to a study out of McMaster University in Ontario.

They wanted to show that adding Plavix to aspirin therapy after a stroke was more effective at preventing a second stroke from occurring than using aspirin alone.

What they found instead was that participants using both drugs were more likely to die from bleeding in the brain and gastrointestinal tract.

Their verbiage for the combination being ineffective was that they found stroke prevention to have a “non-significant trend.”

While natural health experts have been saying for many years that the side effects of drugs, especially when combined, can be devastating, the study authors still considered the results of the significantly higher mortality rate to be “completely unexpected.”

Reduce your high blood pressure and risk for stroke naturally, without drugs…