Three Types of Diets to Cure Everything 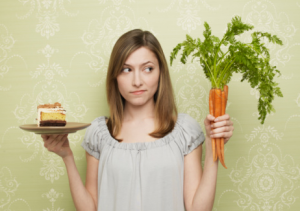 Whether you’re fighting high blood pressure, diabetes, high cholesterol, arthritis, trying to lose weight or anything else health wise, your diet is going to play an essential role.

In fact, many of the above diseases (and more) can be reversed with diet alone.

Repeated studies have shown that just eating less or cutting calories is at best just a very temporary solution. Instead, it’s essential to develop a long term sustainable diet plan that includes a healthy, balanced diet.

This is no doubt going to be a controversial issue, so please read on and take part in the discussion at the end of this post…

Here at Blue Heron Health News, we often have heated discussions regarding the best diet types among all of us writers. Each one of us has our own favorite diet approach. And each one of us can quote study after study that supports our favorite approach over others. And even sometimes warn about serious dangers of other types of “healthy” diets.

The funny thing is, that we’ve all used our different diet plans to cure ourselves of “incurable” diseases. And we all seem to benefit greatly health wise from our choice diets, even if they contradict other “healthy” diets.

So how can this be?

To try to explain this, lets look at three completely different diet types:

DASH stands for “Dietary Approaches to Stop Hypertension” but it’s not just hypertension this diet is widely recommended for.

It’s considered the best, most balanced diet plan by some of the most respected institutes in the world, including: The National Heart, Lung, and Blood Institute, The American Heart Association (AHA), The 2010 Dietary Guidelines for Americans, US Guidelines for Treatment of High Blood Pressure and more and more.

This diet is low in saturated fat, cholesterol, and total fat and that emphasizes fruits, vegetables, and fat-free or low-fat milk and milk products and high in proteins. The plan also attempts to reduce sodium intake.

It’s in essence the dietary system (with small adjustments) that governments and medical systems have been recommending for three decades. It’s built on a calorie/serving plan and would be what most people consider a “good balanced diet.”

And it’s true that the DASH diet is backed up with several very strong studies. Most people who suffer hypertension and other chronic conditions will most likely benefit from changing from the “average” American diet to the DASH diet.

But the hype from some of the aspects of these studies have also been misused and misinterpreted. For example, you might see “low-fat” labels on almost everything. You might find low-fat cakes that are loaded in sugars and calories… but no fat. Is that healthy?

There are also more and more studies coming out indicatong that fat may not be the enemy we once thought it was. And not all fat (not even saturated fat) is created equal. The same goes with salt and other aspects of the DASH diet.

The DASH diet fails to take into account the health problems from heavily processed food and the benefits of organic food. This has opened up new trends in other types of diets. Diets like:

The Paleolithic Diet is a relatively new trend. The rules are simple. You’re allowed to eat anything that a cave man 10.000 years ago would have access to or would have eaten and what could have been eaten without cooking or at least boiling.

This excludes any kind of processed food, diary products (cave men didn’t milk cows), refined sugars (including maple syrup and honey), most grains, starchy tubers (such as potatoes, which couldn’t have been eaten without cooking), legumes (beans, peas, peanuts – again can’t be eaten raw) and some oils.

Some extreme followers of this diet mostly eat raw meals – including the meat. But for the most part, basic cooking is allowed.

If you follow the diet “to the T,” you’ll only eat grass fed beef. This type of meat tends to be leaner, allow far less saturated fats, and have more balanced essential fatty acids. The vegetables should also be organic and seasonal, which makes them much more nutritional.

There is also an exercise plan combined with the diet that includes only basic tools and techniques that imitate movements cavemen would have done. Hundreds of gyms all over the world have popped up using these techniques.

We’ve listed several studies on this website revealing the health benefits of the cave man diet. In as little as 10 days people have dropped their blood pressure and cholesterol, reversed type 2 diabetes, cured arthritis and lost a lot of weight.

The critics of the caveman diet have, however, pointed out that its high protein consumption (from eggs, fish and meat) may deprive people of essential carbohydrates, which are most often considered an essential part of a balanced diet (although most people consume too many carbohydrates). High levels of saturated fat also raise concerns for many critics. High meat and animal protein consumption has been linked to various cancer developments in many studies, especially colon cancer.

The health benefits of the cave man diet – at least in the short run – are undeniable. The fact is, however, that this 10,000 year old diet is a relatively new trend in our modern world and we have very limited long term studies showing the results of this and other high protein, low carbohydrate diets. And we must keep in mind that even if the average cave man was lucky, he or she only reached the age of 25.

First of all, let me clarify that vegetarian and vegan diets are not the same. Vegetarians in general don’t eat any meat or fish. Vegans also take out eggs, dairy products, and in essence, any kind of animal products.

A vegetarian diet is much more established than the cave man diet. And we’ve some very reliable studies supporting the long term benefits of being vegetarian and especially vegan.

Like with the cave man diet, people have repeatedly eliminated high blood pressure, high cholesterol, type 2 diabetes, arthritis and other chronic diseases by going on a strict, nutritional vegan diet for a month. One of the most famous examples is former US president Clinton, who lost 20 pounds and reversed his heart disease using a vegan diet.

In an Oxford study following 6000 vegetarians and 5000 control group non-vegetarians for 12 years, researchers discovered that ALL types of mortality rates tested were drastically lower among the vegetarians – including heart disease and cancer. This was after adjusting for other health risks such as smoking and body mass.

Another study of 76,000 vegetarians revealed them to be 24% less likely to die of heart diseases than meat eaters with otherwise similar lifestyles.

Criticism of vegetarian diets point out that it’s extremely important to plan and balance the diet. Too many vegetarians fail to make sure they get enough essential nutrition such as vitamin B-12, riboflavin, zinc, calcium, iron, and essential amino acids such as lysine and methionine. Lack of complete protein is also an issue that vegetarians need to pay close attention to.

So What Is The Best Diet?

The fact is, most modern world people could benefit from just making some improvements in our diets. It doesn’t have to be perfect. And whatever diet you choose, it’s no big deal to cheat once in a while.

For more info on various health conditions, such as high blood pressure, type 2 diabetes, arthritis and cholesterol, please check the links on the right hand side of this page…

What do you think is the best diet plan? Please leave your comments below…