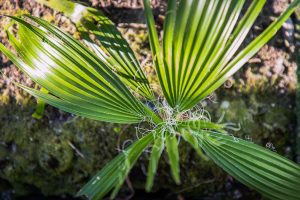 There is an herb that’s extremely effective in treating enlarged prostates.

In fact, it’s even prescribed as a treatment in many European countries.

But in the USA, the European version of this herb is banned, and the FDA offers no alternative recommendations.

This led to a statement of scientific consensus published in the Journal Uro saying that Europe is far ahead of the United States in terms of authorizing this herb for regular use.

A French version of saw palmetto extract is available under the name Permixon by prescription throughout the European Union to treat the lower urinary tract symptoms that normally accompany an enlarged prostate. In the United States, however, not a single one is available.

So, is there something that European scientists know that American scientists don’t, or vice versa? An international team of urologists reviewed all of the available literature to see if they could reach a consensus.

They quickly cleared up the main difference between Europe and the United States here.

First, the French version uses hexane to remove the oil from the berries. A small amount of hexane remains in the oil following the removal process. Since hexane is a petroleum product, it is only safe in tiny amounts.

Based on years of research, European scientists believe that the amount of hexane in the French saw palmetto extract is low enough to be safe. However, even without studying a product, the American Food and Drug Administration is more likely to reject an extract outright if it contains any amount of hexane. For this reason, the French version isn’t available in the United States.

Second, extracts that use ethanol are available in both the United States and Europe, though they are not yet universally accessible throughout Europe. However, the European Association of Urology recommends it as a safe and effective treatment, and it is dispensed by mainstream urology practices. This is fully natural.

The consensus statement also included a few other notable points:

1. Saw palmetto is an effective and safe treatment for men with mild to moderate enlarged prostate symptoms.

2. To match prescription standards, an extract must contain approximately 80% fatty acids. Sadly, some extracts contain only 40%, though this information is not available from most manufacturers.

3. Saw palmetto reduces the protein 5alpha-reductase. This protein causes inflammation and cell proliferation, which lead to an enlarged prostate.

The best way to identify a good supplement in the United States is to check whether it carries the USP Verified mark.

The USP (or United States Pharmacopeia) is a non-profit scientific organization, and USP Verification means that a drug or supplement has been thoroughly tested for both potency and quality.

Regardless of where you live, saw palmetto alone is not enough to cure an enlarged prostate. To do so properly, you need to make a few simple lifestyle changes, which are explained here…