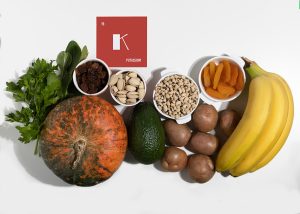 It’s almost a mantra in the traditional medical world to avoid one type of ingredient if you have been diagnosed with CKD.

Even the most rigid medical type doctors will give this advice—even if they never focus on food.

But a new study published in the Journal of Renal Nutrition reveals that this may be the worst advice you can get for your CKD.

This is because you should actually be loading up on food rich in this specific “Bad CKD” ingredient.

The researchers decided to study fruits and vegetables specifically because of their high vitamin, mineral, fiber, and especially phytochemical contents. Phytochemicals are anti-oxidant and anti-inflammatory powerhouses and include familiar chemicals such as polyphenols, glucosinolates, and carotenoids.

The most relevant data they collected from these databases were 24-hour dietary questionnaires for each participant and a record of their CKD statuses.

In addition, they controlled for demographics, waist circumference, diabetes, and high blood pressure to ensure that none of these interfered with their findings.

They discovered more or less what they thought they would.

As the researchers stated, the most important conclusion of this study is, perhaps, that we should not so glibly recommend that people with CKD consume less potassium.

Although more research on this question is needed, a recommendation to steer clear of potassium, which is present in most fruits and vegetables, may unnecessarily drive CKD patients away from healthy food.

Even more importantly, this shows that it is possible to treat CKD naturally using simple diet and lifestyle changes. Thousands of readers have done just that and rid themselves of CKD using the simple, natural steps explained here…