The Cause And Cure For Enlarged Prostate Discovered 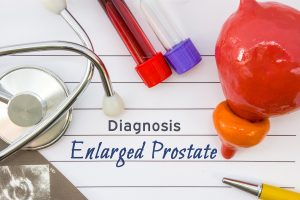 It’s surprising how little doctors know about enlarged prostate—especially considering how common it is.

The reason may be that most men never seek medical advice and simply suffer in silence till their symptoms have become severe.

Therefore, very few studies have been done on mild and moderate causes of enlarged prostate and the original causes.

A new study published in the journal Prostate Cancer and Prostatic Diseases has changed all this. Not only did it reveal the underlying cause for enlarged prostate, but also a way to cure it naturally.

The Italian research team decided to investigate what exactly an enlarged prostate looks like in outpatients; in other words, in those men who reported it early on before it became catastrophic. They compared them to those who had suffered an enlarged prostate for a longer time.

Their initial comparison between the known and newly diagnosed cases revealed some interesting differences that give us an idea of the factors that increase our enlarged prostate risk.

8. The known cases were more likely to have cardiovascular diseases: 14.2 versus 9.5%.

Perhaps the most important finding concerned the consequences of an enlarged prostate, with the International Prostate Symptom Score questionnaire showing that known cases were more severe than newly diagnosed ones.

1. The known cases were more likely to experience severe symptoms: 24.8 versus 7.8%.

2. The known cases were more likely to experience moderate symptoms: 56.1 versus 47.3%.

3. The newly diagnosed patients were more likely to experience mild symptoms: 44.9 versus 19.1%.

This suggests that the symptoms of an enlarged prostate become more severe the longer it goes on.

On the bright side, the researchers also concluded that a healthy lifestyle could prevent or slow the worsening of symptoms and improve men’s quality of life.

The really interesting findings are that enlarged prostate is caused/worsened by lifestyle factors and, therefore, it can be reduced/healed using lifestyle changes.

And these lifestyle changes don’t need to be drastic!