How Snoring Destroys Your Brain (and what to do about it) 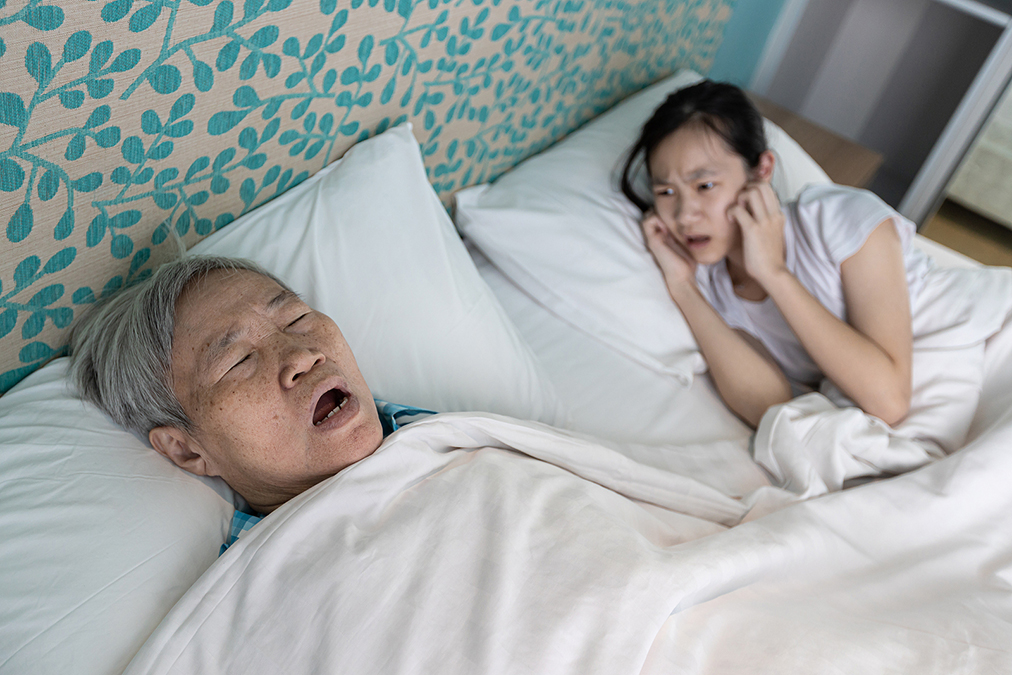 Two studies have been released in the past month that demonstrate the destructive effects of snoring and sleep apnea on your cognitive abilities.

One explains how snoring interferes with children’s cognatic development.

The other proves that adults who snore or have sleep apnea are almost guaranteed to develop some type of dementia.

In the first study, published in the journal Sleep Medicine Reviews, researchers from the University of Sydney and University of New South Wales investigated whether sleep apnea could delay or prevent the full neurocognitive development of children.

After searching through medical databases and identifying the strongest published studies on this question, they included 63 studies that were all of moderate or high quality.

The most shocking finding was that the neurocognitive outcomes were equally bad for children with sleep apnea and children who only snored.

1. The worst effects were on the children’s overall intelligence and linguistic development, which were far behind those of similarly aged children.

3. The effects were especially severe for children of a younger age and for those with a higher body mass index, the latter of which suggests that you might have a bit of control over how far behind their peers your children will be.

As if this is not alarming enough, the second study in the Journal of Sleep Research links sleep apnea with dementia.

Scientists from l’Université de Montréal in Canada also performed an analysis on already published studies that investigated the relationship between sleep apnea and various disorders related to dementia.

They found 11 good-quality studies with 1,333,424 participants and reached some worrying conclusions.

1. Sleep apnea patients had a 43 percent increased risk of any cognitive disorder.

3. They were twice as likely to develop Lewy body dementia, although there was only one study that investigated this association specifically.

Both these studies demonstrate just how destructive sleep apnea can be on brain development and the maintenance of good intellectual health, regardless of our age.

Fortunately it’s quite easy to permanently rid yourself of both snoring and sleep apnea. It takes just three minutes of the simple throat exercises found here…

And if you have begun to experience those forgetful ‘senior moments’, then learn to boost your brain with energy by loading up on this one, free ingredient explained here…