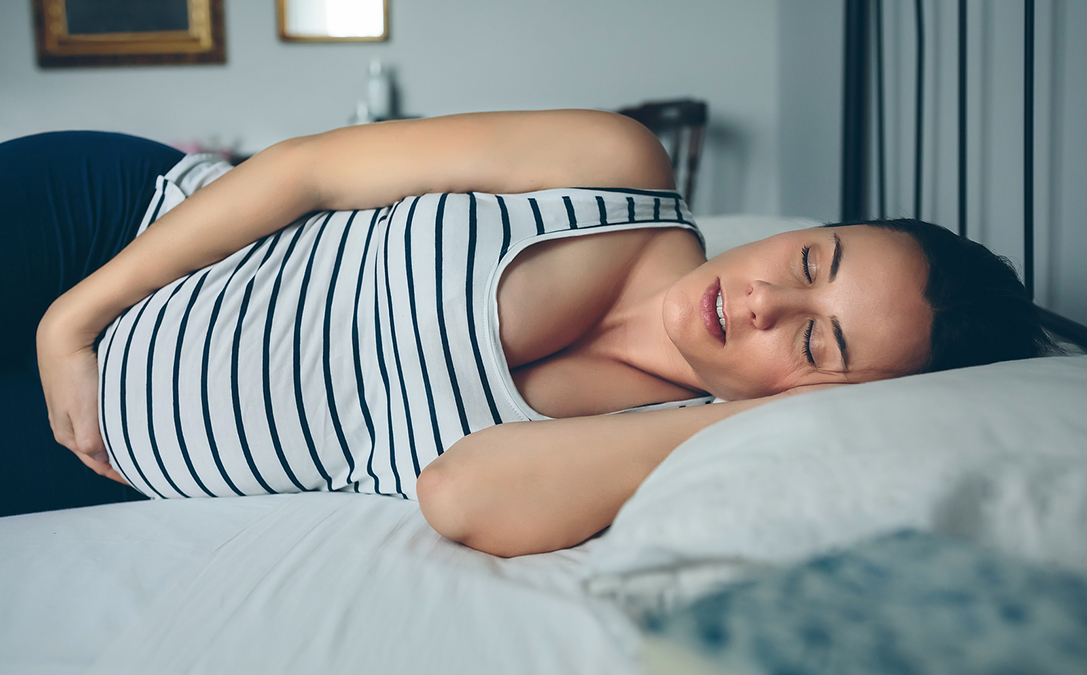 Forget about all the remedies, diet changes, weight loss, or other methods currently used to improve acid reflux.

A new study in the journal Clinical Gastroenterology and Hepatology reveals a simple method to effortlessly improve your acid reflux 50% while sleeping.

Many previous studies, such as one in the American Journal of Gastroenterology on which we reported three months ago, have discovered that left-side sleeping is the best sleeping position to prevent acid reflux.

But how are you supposed to stay on your left side throughout the night if you are asleep and not in conscious control of your movements?

The authors of the new study wanted to answer precisely this question.

Specifically, the majority of sleepers are side sleepers who alternate between their left and right sides throughout the night.

How do you prevent them from rolling over onto their right sides?

They recruited 100 acid reflux sufferers on which they tested a wearable, vibrating device.

They told their participants to sleep on their left sides and the devices recorded whether they managed to do so.

In addition, they asked these volunteers to complete questionnaires to report the severity of their acid reflux over several nights.

The results were very promising.

Therefore, this sleep positional therapy can ensure that acid reflux patients remain on their left sides and experience a lot less reflux during the night, which is not only more comfortable but also healthier for the esophagus.

The second great advantage of this approach is that all this can be done at home. The device is tiny, about 1.5 square inches, and you wear it on your chest where it monitors your sleep position and vibrates every time you turn on your right side.

The device they tested was made by Side Sleep Technologies BV. It is already sold in the United Kingdom and will soon be available in the United States as well.

This device will only improve your acid reflux. But you want to completely rid yourself of acid reflux for good, right? Well that’s easy to do using the simple, natural steps explained here…