This Strong Cheese Stops Alzheimer’s and Keeps You Young 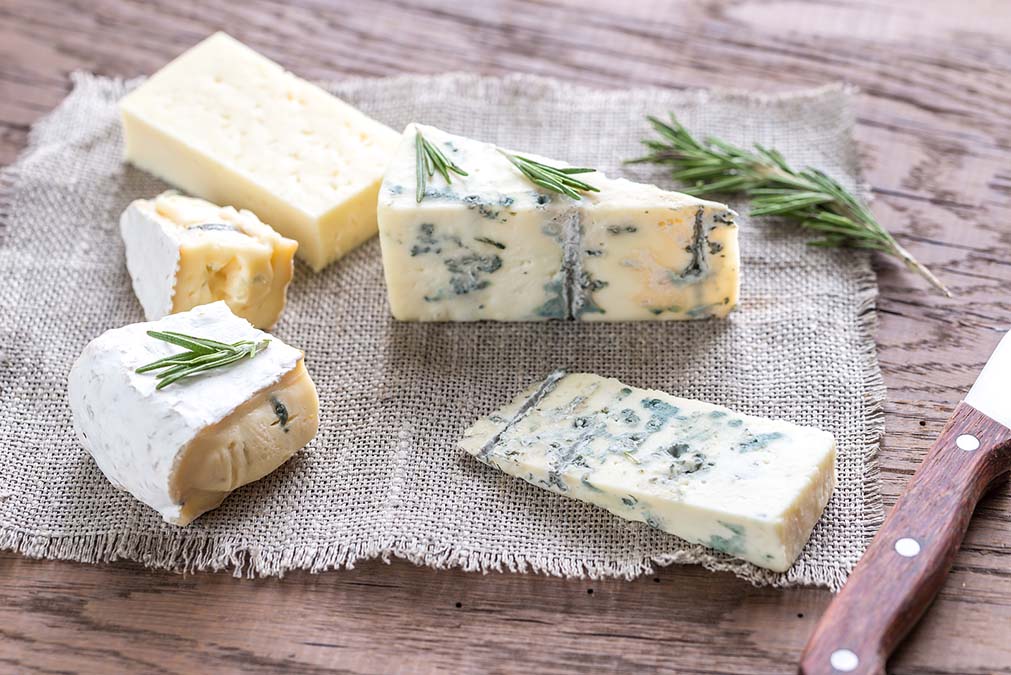 It’s smelly and it’s strong, and you either love it or hate it.

If you love it, you’re in luck, because a new study out of Israel shows that this stinky cheese boosts your circadian clock, which reverses age-related dementia and keeps you young.

And even if you hate it, there are fortunately some good alternatives.

Israeli researchers published an article in Cell Metabolism that demonstrates how bleu cheese can keep you young and prevent Alzheimer’s disease.

This effect stems from an ingredient called spermidine, which is also present in corn, green peas, and soybeans.

This is how it works:

To remain young and healthy, aging cells need to be replaced by new cells that grow and proliferate quickly. For this to happen, your circadian rhythm needs to run fast.

They put this hypothesis to the test in mice. First, they treated young mice with a drug that inhibited their bodies’ production of polyamines. Consistent with their theory, the circadian clocks of these mice slowed down by approximately 11 minutes per day, as compared to the untreated mice.

To test the second half of their theory, they gave a group of adult mice polyamine, which was mixed into their drinking water. The edible form of polyamines (or in this case, the drinkable form) is called spermidine, a substance found in bleu cheese, green peas, soya beans, corn, and, yes, male sperm.

Also consistent with their predictions, the circadian clocks of these adult mice ran eight minutes faster as compared to the untreated mice.

As mice, human beings, and other living organisms age, their bodies produce fewer polyamines. As a result, their circadian clocks slow down, their cells die, and new cells grow and proliferate at such a slow rate that the dying cells are not replaced. This causes a wide range of age-related diseases, such as Alzheimer’s disease, cancer, Parkinson’s disease, and many others.

Therefore, what these researchers have proven is that a nutritional supplement can prevent the natural slowdown of the circadian clock and its accompanying age-related diseases by supplying your body with the crucial substance it needs but no longer produces when it ages.

The Israeli researchers were not sure whether this result could be replicated in human beings, something that scientists will want to do next. They did, however, warn that people should not rush out and stack their supermarket trolleys with only spermidine-laden foods.

Polyamines play numerous roles in your body, and many are not yet understood. For example, rapid cell proliferation might be a good thing when you are trying to stay young, but it is also responsible for the growth of cancerous tumors. In fact, tumors are especially rich in polyamines. However, at this stage, scientists suspect that they exacerbate rather than cause tumors.

Still, the Israeli scientists are probably right when warning you to avoid a diet that primarily contains spermidine. Just eat your regular bleu cheese. It may keep your circadian clock going and could fend off Alzheimer’s disease.

For a proven way to boost your brain with energy and to fight off Alzheimer’s and other types of dementia, you should learn this simple technique here…