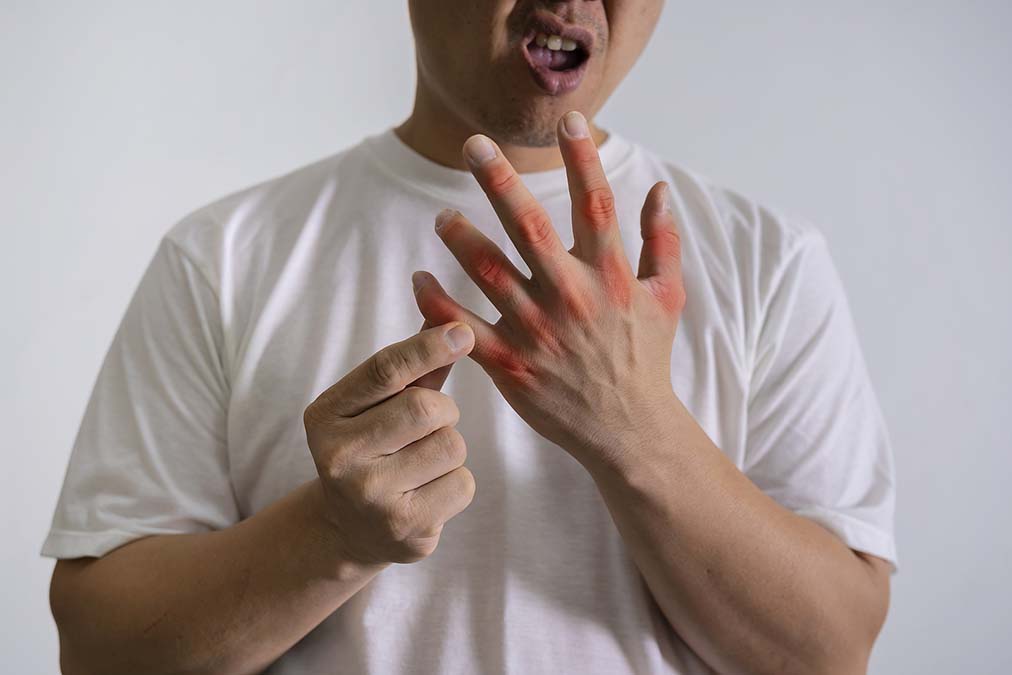 If you’ve been diagnosed with gout, chances are that your doctor told you to cut down on any food made up of uric acid.

According to a new study presented at the latest American College of Rheumatology Convergence 2021 conference, this absolutely isn’t the way to tackle gout.

Because another food group is the real cause of gout. And nobody talks about it.

The researchers started with the finding that people with metabolic syndrome often tend to have gout as well. They found studies showing that intravenous insulin tends to raise urate levels in the blood (a risk factor for gout). They also found genetic studies proving that insulin resistance could trigger high urate levels and gout.

But they noticed that no large studies had examined whether a steady diet high in foods that cause insulin resistance (called a hyperinsulinemic diet) increased gout risk.

Since obesity and type-2 diabetes are more common among female gout patients than among males, they decided to test this question on women.

These participants were asked to complete several questionnaires every two to four years to collect information on their health and diets. They also reported every two years whether they had been formally diagnosed with gout.

The researchers used two methods to determine whether a food type raised the risk of insulin resistance:

1. The Empirical Dietary Index for Hyperinsulinemia (EDIH), which scientists had previously constructed and which lists the potential of each food type to cause insulin resistance.

2. A dietary insulin index (DII) that measures the insulin secretion potential of every food type; this index measures insulin sensitivity.

1. Women who ate more foods that caused insulin resistance, according to EDIH scores, had a 1.9-times higher gout risk than those who ate fewer such foods.

2. Women who ate foods that confer insulin sensitivity, according to the DII, were 26% less likely to develop gout than those who ate few of these foods.

These conclusions remained remarkably similar even when the scientists tried to exclude body mass index as a confounding factor. Since a high BMI score can also cause gout on its own, you can see why they decided to control for its influence on their results.

But even when they accounted for this, women with high insulin resistance scores on the EDIH still had 1.5 times the gout risk of women with low EDIH scores.

This also shows that it isn’t just uric acid that causes gout, as doctors usually claim.

In fact, it’s neither uric acid nor insulin that’s the main cause of gout. The real story is actually quite different.

Thousands of readers have already reversed their gout by addressing its real underlying cause. Here are the exact steps they took…