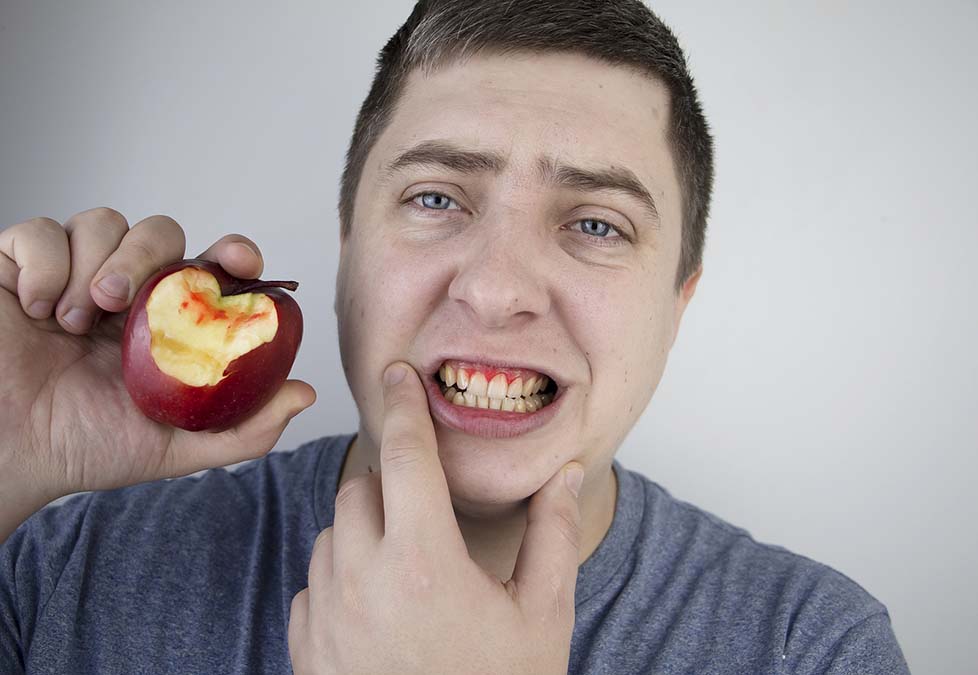 If you were to look for a cure for ED, where would you start?

The genitals would be obvious, right? Then the brain maybe? How about the arteries?

None of the above, says a new study from the United States, Venezuela, and Saudi Arabia that has just been published in the American Journal of Men’s Health.

Instead, look at your gums!

The most common symptoms of chronic periodontitis are red and swollen gums (especially when brushing your teeth or biting into hard food), having bad breath, having a bloody taste in your mouth, and eventually, even losing your teeth.

Previous studies have shown a connection between ED and chronic periodontitis, so these scientists decided to dig deeper.

They identified the seven best studies, with the largest one having 513,258 subjects.

So what is going on here? How can a disease of your gums make it more likely that you will have ED?

First, there are some conditions or lifestyle habits that are involved in causing both. These include tobacco smoking, alcohol consumption, poorly controlled diabetes, and coronary heart disease.

People with both conditions have more pro-inflammatory cytokines in their blood, which damage their blood vessels.

Most importantly, chronic periodontitis is an inflammatory condition, and the accumulation of bacteria inside your gums can cause systemic inflammation throughout your body.

This makes an erection difficult, as the blood vessels in your penis need to be flexible enough to expand and contract, which damaged blood vessels cannot do properly.

In fact, this study reveals that, when chronic periodontitis was treated, men’s erectile dysfunction drastically improved.

To treat periodontitis, you must visit a dentist for frequent deep cleanings of your teeth and gums.

You should also take extra good care of your teeth, brushing them at least twice a day with a soft toothbrush. You should also use dental floss daily and even use mouth wash every once in a while.

But if periodontitis is not the problem, then there is even easier way to cure erectile dysfunction permanently.

All it takes are the simple home exercises found here, which will boost blood flow into the genitals so you’ll get hard whenever you need to…

And to get rid of gum disease, you must hit it with the two-punch process explained here…