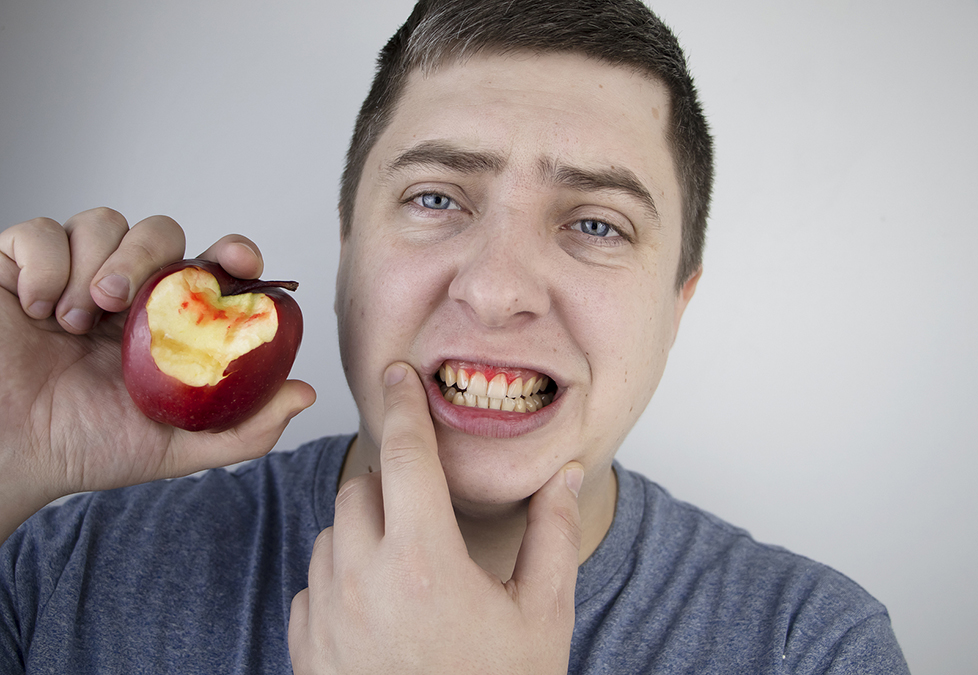 Sexual function can be so easily derailed by a wide range of serious and nonserious conditions elsewhere in your body.

A new study in the journal Andrology has now revealed a fundamental cause of ED. And it starts in your gums, of all places.

Periodontitis is the sixth most common disease in the world. This inflammatory infection of your gums is caused by bacteria that live and accumulate on your teeth and gums.

Your immune system tries to fight these bacteria with inflammation, which damages the gums even further. Eventually, the gums and the bones that support the teeth completely dissolve, causing the teeth to fall out.

Having missing teeth is already a self-esteem problem; to make things worse, consider the ED that the French and Canadian authors of the new study believe may result from periodontitis.

They noticed that previous studies had found a relationship between periodontitis and ED. They conducted a review of the literature to determine how common this finding is.

They identified 19 relevant studies; the smallest had 53 subjects and the largest had 197,136. They were all performed on adults, with an average age of around 41 years.

As one would expect, age was one of the most common factors the two conditions shared, with elderly people being the most likely to suffer from both periodontitis and ED.

Tobacco use and systemic conditions such as cardiovascular disease and diabetes were also common in people with both conditions, as were obesity and medications that reduce saliva production.

Some of the studies also examined the relationship between periodontitis and sexual hormones, with lower testosterone levels found in people with periodontitis in two of the three relevant studies.

So how can a condition in your mouth affect your sexual health?

Most of the researchers speculated that the high levels of inflammation in the mouth that result from the fight against the bacteria become systemic. In other words, inflammatory substances spread from your mouth through your bloodstream to your entire body, including the penis.

Inflammation damages the inner linings of blood vessels. This causes endothelial dysfunction, which many previous studies have proven to play a role in both heart disease and ED when blood vessels in the penis are affected.

So the most important thing is to tackle inflammation in your body at the source. There is one single cause of almost all inflammation—and it’s quite easy to counteract, as I explain here…

But if you already suffer from erectile dysfunction, it’s easy to regain stamina using the simple home exercises explained here…