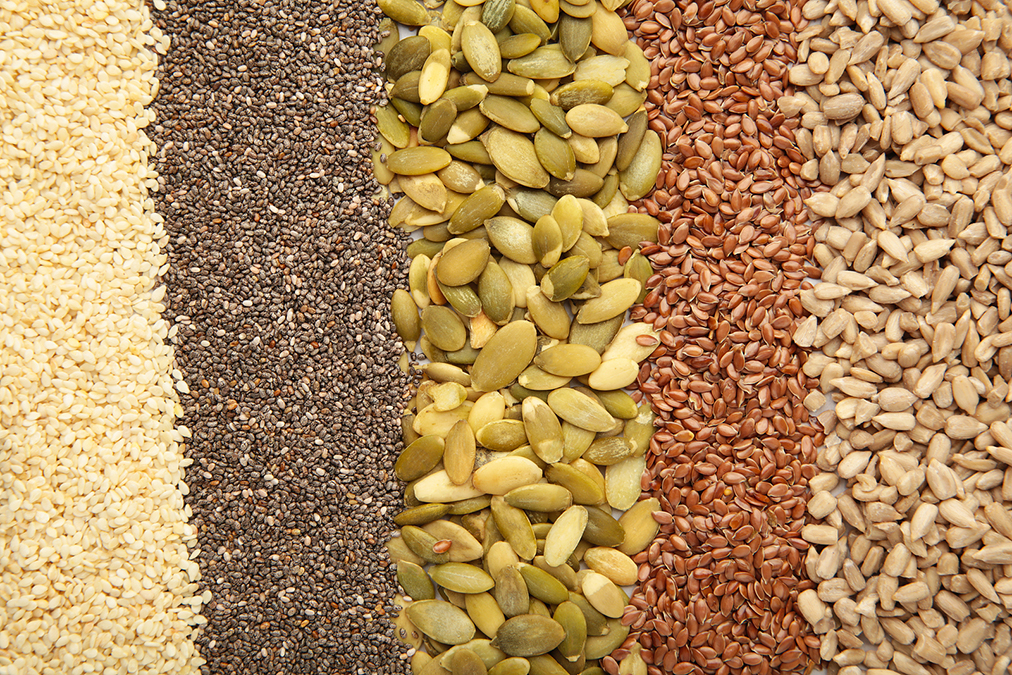 Seeds are some of the most powerful foods you can consume. The list of their health benefits is endless.

One of these benefits is lowering cholesterol.

In today’s article, I’ll list six of the most powerful seeds to lower cholesterol levels.

1. Chia seeds. In two literature reviews, published in Nutricion Hospitalaria and the Journal of Biomedicine and Biotechnology, scientists found a lot of evidence that shows that chia seeds can lower LDL (bad) cholesterol. According to the research, it will increase the amount of omega-3 fat in your blood and improve your HDL (good) cholesterol, which are both positive effects.

2. Flaxseeds. When scientists from Iowa State University’s Nutrition and Wellness Research Center gave 150 mg of flaxseeds (three tablespoons) per day to 90 people with high cholesterol, they found an almost 10% reduction in cholesterol. They attributed this effect to its omega-3 oil and lignans, which have previously been found to lower cholesterol.

3. Sesame seeds. A Taiwanese study in the Journal of Nutrition and an Iranian study in the International Journal of Food Sciences and Nutrition have both found that these seeds and their powdered forms lead to a 10% reduction in LDL cholesterol if you take two ounces (57 grams) per day.

4. Sunflower seeds. When American scientists analyzed 27 nuts and seeds to measure their phytosterol contents, they found that sunflower and sesame seeds topped the list. Phytosterols are plant chemicals that have been proven to lower cholesterol and general heart health. They published their study in the Journal of Agricultural and Food Chemistry.

5. Pumpkin seeds. A team of researchers showed in the journal Climacteric that pumpkin seeds, with all their nitric oxide, antioxidants, and magnesium, improved HDL cholesterol.

6. Fenugreek. Usually thought of as a spice, it is a seed when unground. According to researchers at the academic center of Michigan Medicine, these seeds slow down the absorption of cholesterol in your intestines and slow your liver’s production of excess cholesterol.

Eating seeds may not be enough to clear out all cholesterol plaque build-up in your arteries; for that, you need to cut out one ingredient, as explained here…