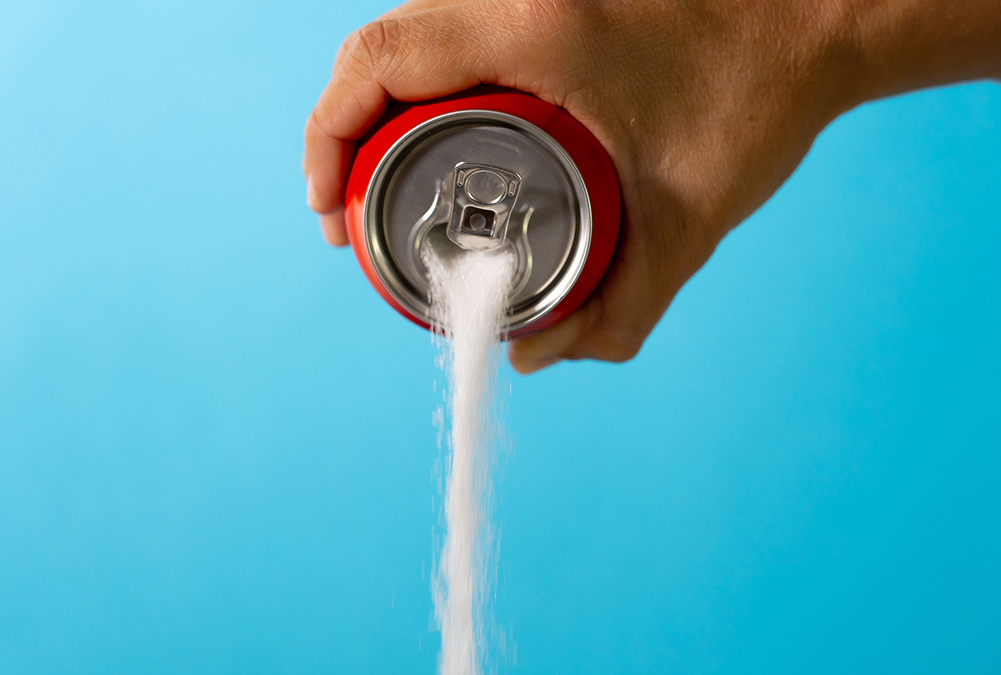 A study in the latest edition of Scientific Reports, written by researchers at the University of Bath and King’s College London, now proposes a mechanism through which one specific type of food causes Alzheimer’s disease.

Unfortunately, it’s a food that is everywhere as an additive or by itself. It’s known by many names, as attempts to disguise its presence in ingredient lists are crafty.

Sugar molecules inside your body have this nasty habit of binding to protein and fat molecules. When this binding is controlled by enzymes, it’s normal and harmless.

But when this binding happens without the involvement of enzymes, scientists call it glycation, which can be harmful.

During the process of glycation, protein and fat cells can be damaged, and harmful advanced glycation end products can be released that can damage other cells even further.

None of this is new knowledge, but researchers never quite understood how glycation led to Alzheimer’s.

The Bath and London scientists studied brain samples of people with and without Alzheimer’s. They discovered that at the beginning of the disease, glycation damaged an enzyme called MIF (macrophage migration inhibitory factor).

This MIF enzyme is part of your immune system. When proteins start building up in your brain, as happens at the beginning of Alzheimer’s, MIF is supposed to stimulate other brain cells, called glia, to deal with this abnormal protein buildup.

But because glycation suppresses MIF, this process cannot get going, thereby allowing Alzheimer’s to proceed undisturbed.

In other words, your immune system has a mechanism to combat the changes that lead to this disease, but excessive sugar intake kills this mechanism.

We often wonder why our immune systems are so feeble and cannot protect us against cancer, Alzheimer’s, cardiovascular disease, and other widespread 21st-century ailments.

But this study shows that our immune systems are a lot better than we think—but they need a bit of help from us in the form of a reasonably healthy diet.

Be on the lookout for added sugar in your foods: sucrose, high fructose corn syrup, and other names. Checking the carbohydrate content is the best way to see whether you’re eating excessive amounts of sugar.

There is, however, one thing more important to your brain than avoiding sugars and obesity—and that’s to load your brain with the one ingredient it needs the most. The good news is that it’s free and available everywhere, as I’ll explain here…