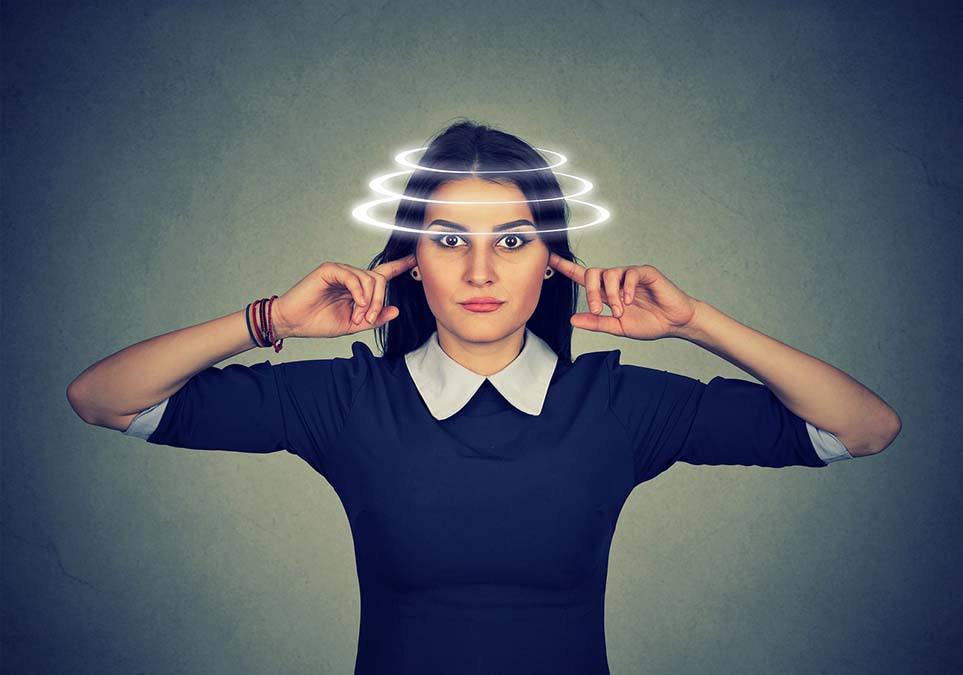 Vertigo is an extremely common disorder and is actually surprisingly easy to treat.

But if you have visited numerous doctors throughout years of misery and your vertigo remains untreated, a new study by researchers from Technical University Munich, published in the journal Progress in Brain Research might have the answer.

It’s the “second type of vertigo”. And it has been almost impossible to treat… until now.

They had long suspected that these unfortunate vertigo sufferers had a perception disorder rather than one of the well-understood balance disorders, and, in a carefully crafted study, they set out to discover how this worked.

They asked their participants to sit in a dark room and look straight ahead at lights that were flashed quickly on the wall to the left and the right of their direct gaze.

They were then told to look in the direction of the lights when they flashed.

The researchers recorded their eye and head movements while they did so.

To make the task more difficult, they then put a weighted helmet on their participant’s heads, requiring them to try to hold their heads up straight while looking at the flashing lights.

They immediately observed significant differences between the three groups of subjects.

The healthy people without vertigo managed to adapt to the difficult circumstances and managed to stabilize their heads.

The vertigo sufferers without organic defects struggled to stabilize their head movements, and their heads kept on wobbling. They were, in fact, almost as unable to adapt to these conditions as the people with organically caused vertigo.

What is happening here?

Based on a whole lifetime of experience stored in your brain, you have learned to expect which sensory impressions will be triggered by which movements.

When you move, this stored information is compared with information received from your vestibular balance organs.

When your head movements are unusual, the two information sources no longer match.

If you have healthy balance, your brain simply learns to adapt to the unusual circumstances, and it stores a new learned model.

If you, however, have an organic vertigo disorder, your vestibular balance system sends scrambled information, and you cannot adapt.

Fortunately, there are simple exercises, found here, that tackle both types of vertigo and therefore reverse vertigo and dizziness, even if everything else fails…