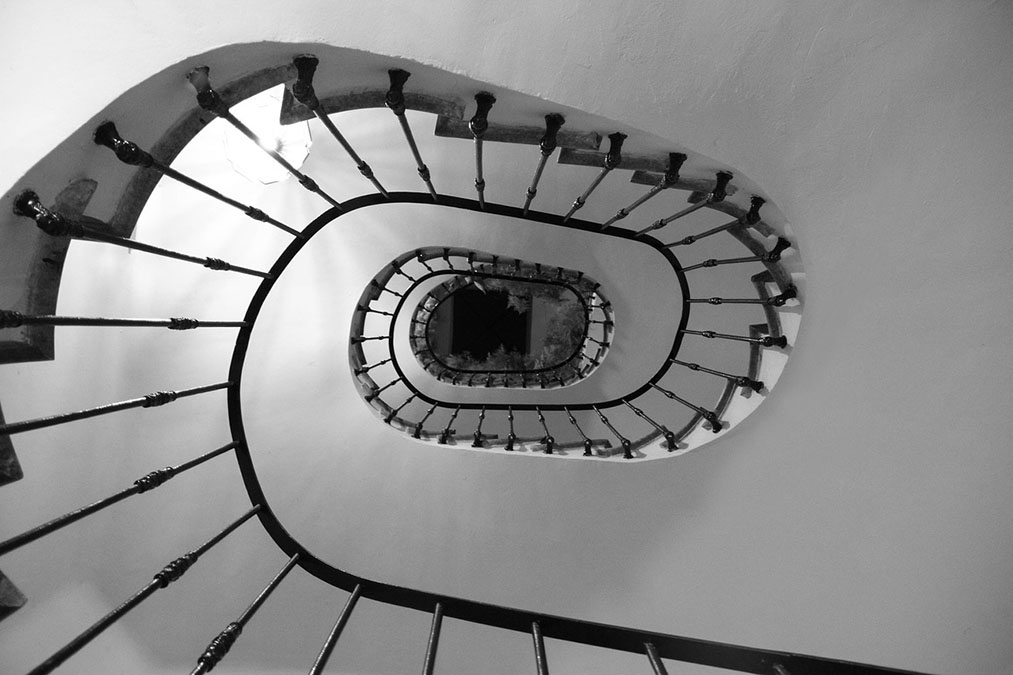 The most common cause of vertigo is a type called benign paroxysmal positional vertigo (or BPPv).

That’s quite an intimidating sounding name, but a new study in the journal Therapeutics and Clinical Risk Management says that it’s actually quite easy to treat.

The authors found out how easy by looking back over the cases of 359 patients who had sought treatment at the dizziness clinic of Fujian Provincial Hospital in Fuzhou, China between 2011 and 2017.

You may not be aware of this, but your inner ear has semi-circular canals in it. Unfortunately, their shape means that calcium crystals can accidentally fall into them, and when they touch the nerve hairs that line them the balance information they send to your brain gets scrambled, causing the vertigo sensations.

It usually comes on when you move your head, especially when you roll over in bed during the night.

The usual treatment for this condition is also head movements, but ones designed to guide the crystals out of the semicircular canals.

The Chinese scientists used two movements, one called the Epley maneuver and another called the (wonderfully named!) barbecue roll to dislodge these crystals.

It sounds like one of those tricky plastic toys where you guide a tiny ball through a maze by tilting it, but in this case with a human! Still, tricky or not, both methods worked well.

There’s a canal at the back of the inner ear where crystals most often get stuck. Doctors call it the posterior semicircular canal. 95.8 percent of these cases were completely cleared up a month after the treatment.

The horizontal semicircular canal is the second most common crystal trap. One month after treatment 100 percent of these cases were fixed.

It was more difficult to treat cases where the crystals were trapped in more than one canal. In fact, these cases were the hardest to treat of all. The head had to be moved in different directions to dislodge them from each canal, but hard though this was, an impressive 75 percent of cases were resolved a month after treatment.

So, the good news is that the Epley maneuver and the barbecue roll are both really great at clearing up the most common type of vertigo and the even better news is that you can do them both at home.

Of course, you won’t know which ear canals the crystals are trapped in, so you can’t know which movements will work for you. This means that your success rate might be lower than you’d get in a clinical setting, but that shouldn’t put you off trying.

Here’s how to do the barbecue roll if the crystals are trapped in a canal in your right ear:

Lie on your right side for 30 seconds.

Roll onto your back and stay there for 30 seconds.

Roll onto your left side and stay there for 30 seconds.

Drop your chin slightly and roll over onto your stomach while propping yourself up on your elbows. Stay in that position for 30 seconds.

Roll back onto your right side and stay there for 30 seconds with your chin still down.

Sit up slowly and keep your chin down for 15 minutes.

It literally is that simple, but if it doesn’t work for you, then try starting on your left side and reversing the steps or try the Epley maneuver instead. A quick search online will turn up the instructions for that one.

The only downside to treatment is that these movements will trigger your vertigo and make it difficult for you to move correctly, so it might help to have a friend or a relative on hand to support you through the steps.

And if neither work for your vertigo, there is still another (even simpler and more effective) approach you can try, such as this one…