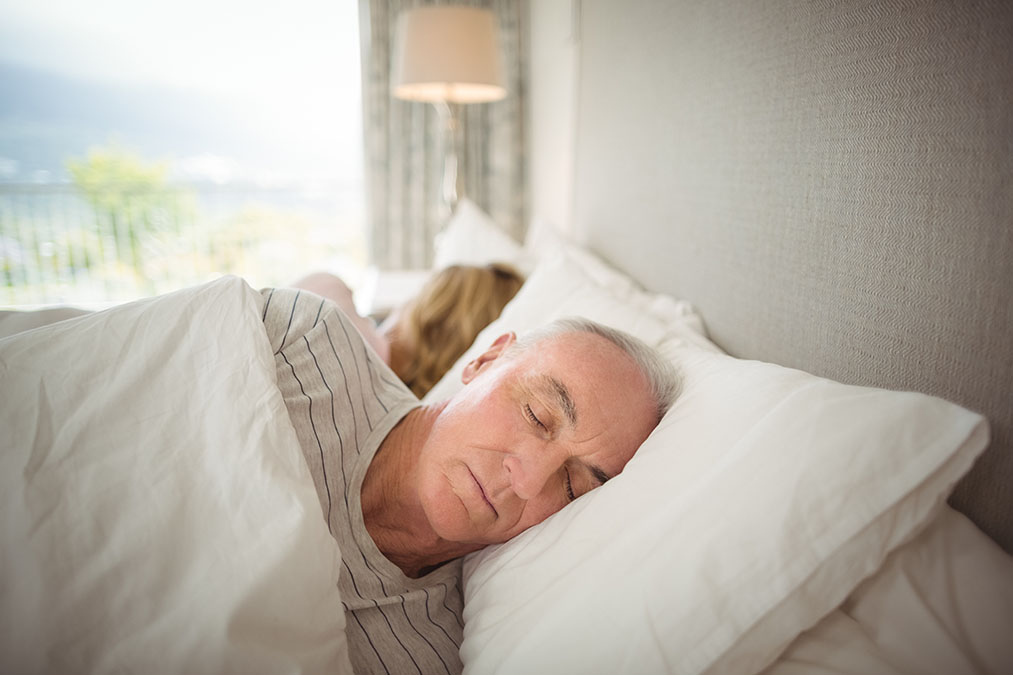 Obesity is as bad for your heart as smoking according to the American Heart Association, which had singled out excess weight as one of the biggest causes of coronary heart disease as long ago as 1998.

CHD is the type where your arteries clog up with fat and cholesterol, making your heart work harder, sometimes to the point where it stops completely!

So bad was the risk of obesity to heart health (they said) that they put it on a par with smoking. They also said that losing just 5 to 10 percent of their excess body weight can help obese people to avoid this deadly form of heart disease.

So, you might be thinking, what the heck has the amount of light in my bedroom got to do with any of this?

A new study in the journal JAMA Internal Medicine has drawn a link between the amount of light that finds its way into your bedroom while you’re sleeping, your heart health and the pounds piling on.

If you live somewhere rural, then the chances are that falling asleep won’t be too hard for you compared to a city-dweller, because there won’t be as much light pollution bothering you. Or maybe not. Maybe you’re one of those people who has a TV in your bedroom, or you keep a light on.

The authors of this study were interested to find out how lighting conditions in the room where they slept might affect people, so they issued a questionnaire to 43,722 female volunteers to ask them about it. The form gave them a choice of no light, a small nightlight, light outside the bedroom, or light/television inside the bedroom.

The researchers also took a whole host of measurements, including weight, waist circumference, hip circumference, and body mass index at both the start and end of the five-year study. This would tell them whether the lighting conditions in the subject’s bedrooms had an effect on weight gain or obesity.

And surprisingly, at the end of the study they did notice an effect. The women who gained the least weight slept in dark rooms, while those who gained the most slept with a source of light.

How big was the difference?

Naturally, the more extra weight you’re carrying around, the more likely you are to suffer from health problems like cardiovascular disease, so suddenly, this study showed that sleeping with no lights in the room makes a lot of sense for your overall health.

You might think this doesn’t apply to you because you always get your eight hours of sleep in, but it seems not. The negative health effects were linked to the amount of light that sleepers were exposed to, regardless of how many hours they slept, the perceived quality of that sleep, how well they ate, or how physically active they were. The amount of weight they gained or lost seemed to be strongly tied to the amount of light in the room where they slept.

Surprisingly, this suggests that even if you are doing everything else that health professionals recommend, like eating well and exercising, but you sleep with artificial light close by or there’s light creeping in from outside, you could still be putting the brakes on your weight-loss efforts and storing up trouble for your heart.

Even small night-lights had an effect on weight, although the worst effects came when there was a light on inside the bedroom. The brighter the light at night, the worse the health effects.

Scientists think that the reason might be chemical in nature. It’s well known that melatonin is released in our bodies when the sun goes down. It’s the hormone that tells our brains to sleep, so, it could be that even though your eyes are closed, any light at all could be shutting off the melatonin effect and knocking our 24-hour sleep cycle off track. Once this happens there’s a cascade of other hormonal effects that follows, with some of them increasing appetite and fat storage.

If you’re thinking that our brains shouldn’t be so easily influenced by a little bit of light, then remember that all the extra light we have now is only there because of fairly recent innovations in human history. Our ancestors slept and awoke when the sun told them to, and our bodies haven’t had enough time to cope with our new-fangled, brightly lit environments.

So, the takeaway message is that you should turn off the TV and any lights in the room where you sleep, get yourself some thick blinds or curtains, and if all else fails try wearing a sleep mask. The less light there is where you sleep, the better for your head, your heart and your beach body.

But if you’re really serious about saving you heart and avoid stroke, learn how I cleared out my 93% clogged arteries in three weeks (all naturally) …