Three-Minute Test Could Save Your Life 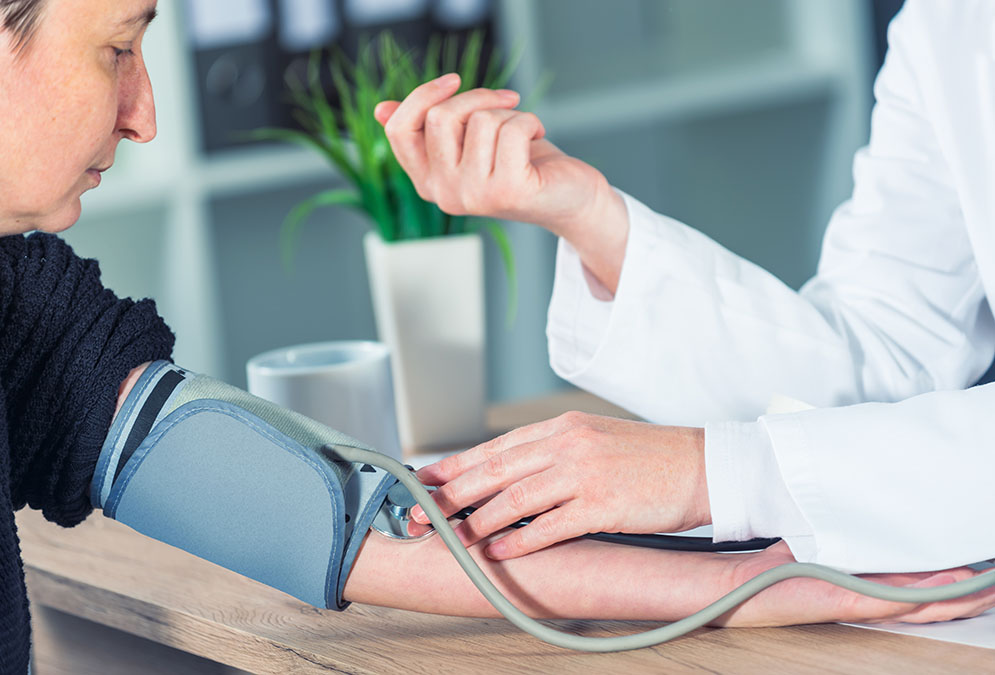 Your home blood pressure monitor could be even more useful than you thought. You already know that keeping track of your blood pressure is important, but this recent discovery takes it one step further.

It can predict with startling accuracy your chances of suffering a stroke or heart attack.

Even when doctors take your blood pressure, most haven’t heard about this recently discovered approach.

Researchers at the University of Exeter published a comprehensive study about how inaccurate single-arm blood pressure tests are. It appeared in the British Journal of General Practice.

From 1998 to 2008 they looked at 3,350 Scottish men and women aged from 50 to 75. Everyone in the study was judged to be at risk of developing high blood pressure, but none of them had a formal diagnosis yet.

Blood pressure tests using both arms were conducted only at the start of the study. The researchers then monitored them to see which of the participants went on to develop cardiovascular disease.

They were interested to find that when there was a difference in systolic readings between the two arms of five mmHg or more, those individuals were nearly twice as likely to die from a heart-related illness.

It gets worse though…

An eye-opening 60% of people in the study showed this five-mmHg difference between arms, and for 38% the difference was 10 mmHg.

But why are these readings different anyway?

It’s true that blood pressure readings can be different according to whether you’re at the doctor’s office or in your own home. The reason for that is simply anxiety. People naturally get a little bit more uptight when they’re sitting in front of the doctor. But that doesn’t explain why using different arms should make a difference. They’re both still attached to the same heart, right?

The answer lies in blocked blood vessels. In the arm with the higher reading it’s a common cause, and it’s one that points to a potentially serious risk.

It could be that plaque has built up in one arm, or it might have built up throughout the body, and the arm with a lower reading might have the least plaque. That’s obviously the worst-case scenario, but neither of them is exactly good news.

And this isn’t new thinking. In the March 2014 edition of the American Journal of Medicine, they ran a study produced by Harvard researchers. The team took blood pressure readings from 3,400 subjects and looked for problems over 14 years, in much the same way as the Exeter researchers.

10% showed an inter-arm difference of 10 or more mmHg, and these people were 38% more likely to suffer a heart attack or stroke than those with lower differences.

So, the takeaway here is, ask your doctor for a double-arm test. You could casually quote both of the above studies when they ask you why, and maybe earn yourself an astonished look and new respect.

Or, as we suggested at the start, just do it yourself. Test the blood pressure on both of your arms. If you see an average difference of 5 points or more in your systolic blood pressure readings (the first number) then act now. It might save your life.

Lower blood pressure is your top priority. These simple, easy and effective exercises do just that…

But don’t stop there! Reduce your bad cholesterol levels and un-clog your arteries too. This simple strategy has helped thousands and can do the same for you…