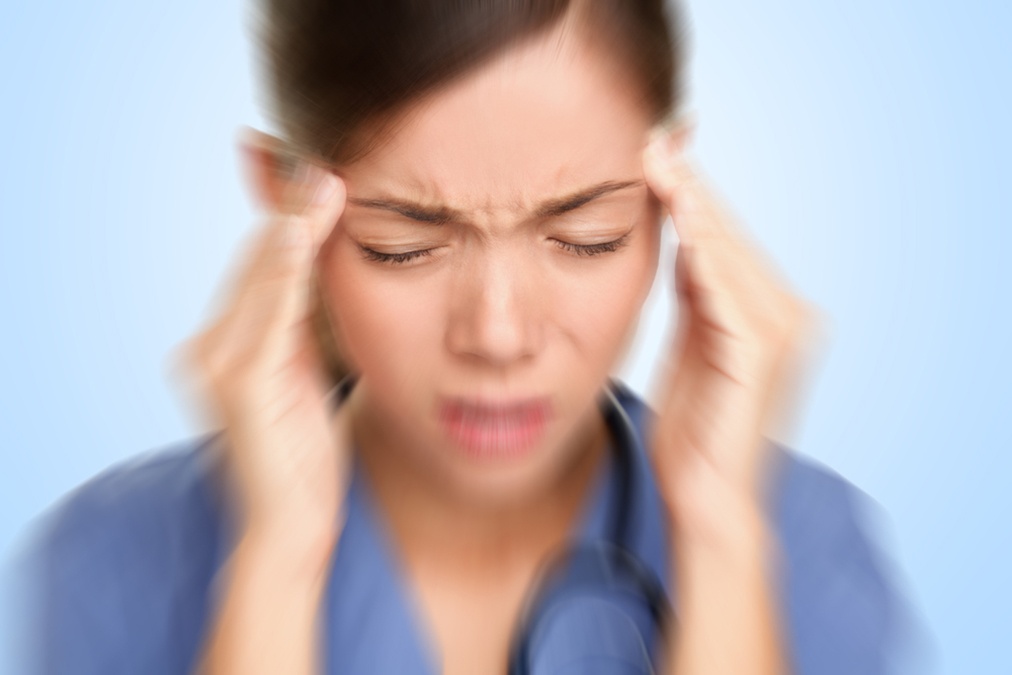 Vertigo and migraine both happen in the head. Aside from that, the traditional medical system has mostly ignored the connection between these two conditions.

And this is weird, since so many people suffering from one are also plagued by the other.

A new study, published in The Journal of Headache and Pain, took this theory a step further.

It discovered a hidden connection where you might not even be aware that you’re having a migraine when vertigo hits you.

To investigate the relationship between migraine and vertigo, the researchers analyzed the data collected by the Migraine and Neck Pain Study. This study included questionnaire-derived information from 487 adult migraine sufferers.

They asked these sufferers whether and when they suffered from vertigo and divided the vertigo into three timeframes:

1. Constant vertigo and other migraine symptoms at the beginning of the headache.

2. Constant vertigo and other migraine symptoms that began less than two hours before the migraine auras and pain.

3. Vertigo, constant or otherwise, and other migraine symptoms occurring two to 48 hours before the headache.

The migraine-suffering participants had to report which of these three groups their vertigo and other migraine symptoms would be classified under.

Both the groups whose migraines were accompanied by auras and people who suffered migraines without auras suffered vertigo in approximately the same amounts at the same times.

In this study, they estimated that 26 percent of their participants suffered from vestibular migraine.

This disorder is so varied from a normal migraine that many sufferers don’t even experience headaches at all. They experience vertigo, nausea, vomiting, and sensitivity to sound. Therefore, they might not even realize that they are having a migraine attack.

This discovery is especially interesting to me because for years I’ve been helping people with migraine and vertigo using an almost identical approach.

You see, both migraines and vertigo are caused by lack of blood flow up to and throughout the head and brain area.

Each approach is a little bit different.

So, if you suffer from vertigo, you should check out the vertigo exercises here…

And if you suffer from migraine or headaches, learn how Lisa healed her migraine in a few mintues (without counting triggers)…