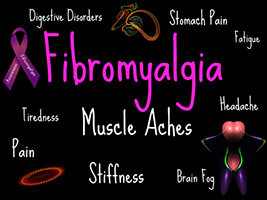 Fibromyalgia is a particularly difficult condition to diagnose and treat. Partly because its symptoms overlap with the symptoms of conditions like osteoporosis, arthritis, chronic fatigue syndrome and even major depression.

It is characterized by chronic muscular and/or musculoskeletal pain accompanied by stiffness and tenderness at a variety of places on the body. Chronic fatigue, poor sleep, and exaggerated pain responses are other symptoms.

But diagnosis is complicated by the fact that different sufferers display different symptoms. And till now, there has not been any measurable method to clearly diagnose fibromyalgia.

But scientists from the University of Colorado in Boulder have finally come with a simple, cheap method to diagnose Fibromyalgia with 94% accuracy.

Of the participants, 37 suffered from fibromyalgia and 35 did not.

From previous studies, they borrowed the possibility that people with fibromyalgia had different brain responses to stimuli than healthy people did.

They guided their participants through a range of non-painful and painful tactile pressures, visual stimuli, and auditory cues.

They simultaneously measured their brain responses via FMRI scans, identifying neurological markers that coincided with the hypersensitivity to pain that people with fibromyalgia experience.

By examining people’s neurological responses to stimuli directly, they could diagnose fibromyalgia with 92 percent sensitivity and 94 percent specificity.

Sensitivity refers to a diagnostic tool’s ability to exclude similar but different conditions from the diagnosis. In this case, it rules out osteoporosis, arthritis, and the like with 92 percent accuracy.

Specificity is the ability of a diagnostic tool to include the right condition in the diagnosis. In this case, it identifies 94 percent of fibromyalgia sufferers as having fibromyalgia.

These percentages are among the highest that diagnostic tools can achieve.

But diagnosing fibromyalgia is only the first piece of the puzzle. You also have to cure it.

And that’s where another major discovery comes in that completely heals almost everyone suffering fibromyalgia. Read on here…