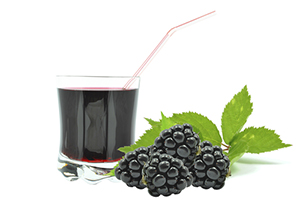 How does a permanent, 7-point drop in blood pressure sound?

Even better if it only requires a glass of a certain delicious juice, right?

Great news: a new study has proven this juice more effective than most blood pressure medications. Without a trace of side effects.

Scientists from the University of Oslo and the Norwegian Institute of Food, Fisheries and Aquaculture Research have just discovered that berry juice has a significant blood pressure lowering effect.

This is great news, as it is so delicious and sweet; it’s also free from unhealthy, refined sugar.

Their results, published in the British Journal of Nutrition in October 2015, were as follows:

If you want to duplicate this effect at home, the juices that worked well were normal commercial brands containing either red grapes, cherries, chokeberries or bilberries. If these are among your favorite juices, you are lucky.

Since the juices also reduced blood pressure variations between three measures taken one minute apart, the authors concluded that polyphenols probably affected stress-related high blood pressure, rather than resting high blood pressure. This is good, however, as blood pressure spikes that come with stress often bring about the worst cardiovascular consequences like heart attacks and stroke.

One thing to keep in mind, however, is that berry juice is very high in natural sugar and calories. This can be troublesome, especially if you’re watching your blood-sugar levels. It may, therefore, be better to eat the berries whole. This way you’re at least adding back in some beneficial fiber.