Do Medications Work Or Is It Just Placebo Effect? 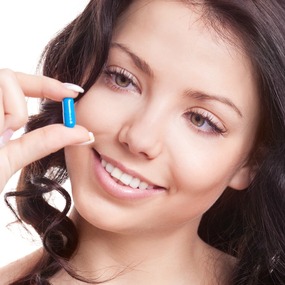 Positive thinking is a powerful tool to relieve stress and improve the quality of our lives. But can it be powerful enough to relieve chronic pain, migraine, and other health conditions?

The answer to this question is a staggering “Yes,” as it was recently revealed in a unique study conducted by Boston researchers at Boston’s Beth Israel Deaconess Hospital.

But just how powerful, you won’t believe!

The unusual study involved 66 study participants suffering from serious migraines. Researchers wanted to compare the effectiveness of medication to relieve pain, versus positive believe or a placebo effect.

They were told the pill they received was either an effective medication or a placebo pill.  Sometimes the information researchers gave was true and sometimes it was not.

Mixing the information helped researchers find out how the same person’s pain relief was influenced by their expectations.

The results were surprising. Even though the real pain-relieving medication worked most effectively to relieve the pain, participants who received the placebo reported a significant relief from pain.

In fact, study participants’ reports of subsiding pain more than doubled when they received what they believed was the real drug, compared to when they were falsely told that it was a fake.

Researchers conclude that the reason the placebo worked so effectively is because it came with a positive, affirming massage. People believed that it will effectively relieve their pain and it did.

This is not the first study proving that placebo is an effective tool to trigger the power of our mind.

Imagine how much we could influence our health and well being if we could learn how to be in a constant state of positive thinking and believing.

But thinking positively may not be quite enough. For the most powerful natural method to ease migraine pain, click here…

And if you’re suffering arthritis, follow these simple steps to get your condition under control in 28 days or less…