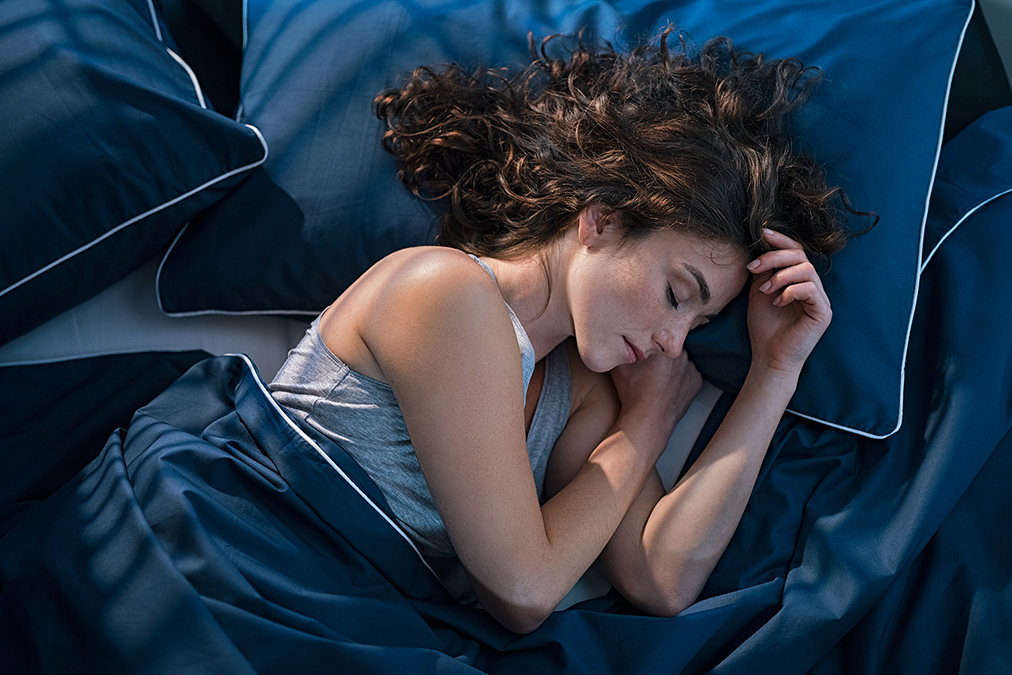 Most common recommendations to avoid osteoporosis include an improved diet and exercising.

But according to a new study in the Journal of Bone and Mineral Research, there is another factor much more important for fighting off osteoporosis.

Doing this wrong increases your risk of osteoporosis by a scary 94%!

But doing it right will give you great pleasure and an overall feeling of wellbeing.

Sleep deprivation can affect our health in many ways, including by increasing our risk for conditions like cardiovascular disease, diabetes, and dementia. This prompted a research team led by the State University of New York in Buffalo to ask themselves whether sleep was equally important for bone health, especially in postmenopausal women, in whom a drop in estrogen already makes osteoporosis more likely.

To investigate, they collected data from the Women’s Health Initiative on 11,084 participants, for whom full dual-energy X-ray absorptiometry scans were available. This is the best way to obtain information regarding bone mineral density. Based on these scans, women were classified based on two different levels of bone mass and according to whether or not they had osteoporosis.

In addition, these women were given a questionnaire asking them how many hours they typically slept per night, how often they woke up during the night, whether they struggled to fall asleep, and whether they woke up earlier than planned.

After adjusting for other factors involved in osteoporosis, such as race, physical activity, alcohol consumption, and body mass index, the researchers drew several conclusions.

3. Beyond seven hours, sleep was not beneficial for bone health.

The researchers described these benefits as equivalent to one year of aging, time that is normally taken away from women because of serious bone fractures, which happen to more than half of all women over the age of 50, according to the osteoporosis foundation.

Since research also shows that postmenopausal women struggle to get enough sleep, this might be a difficult recommendation for many women to meet.

If you’re struggling with sleep, click here to learn how to fall asleep in minutes and sleep through the night every night…

And if you’ve already developed osteoporosis, click here to follow the example of thousands of readers who completely reversed their osteoporosis in weeks…