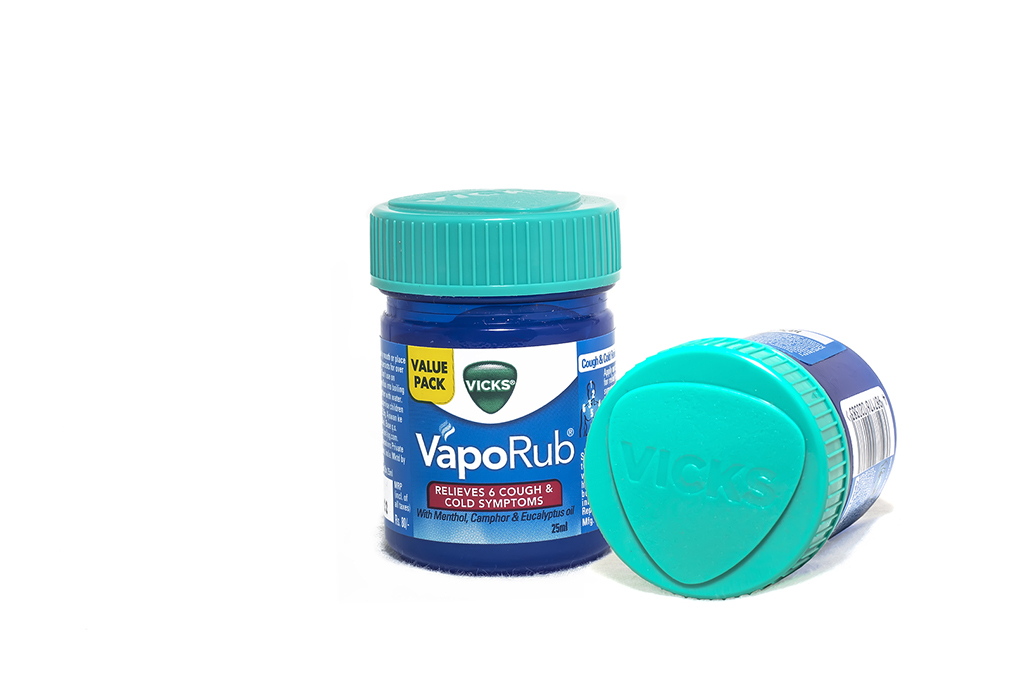 Most commonly they prescribe antifungal drugs, which are only 34 percent effective—and most often the fungus returns right after stopping the treatment.

But a study published in the Journal of the American Board of Family Medicine reveals 83.4 percent success by applying two natural ingredients to nail fungus.

The researchers noticed that an over-the-counter cream called Vicks VapoRub was widely touted as a solution to nail fungus and decided to study it properly (I’ll explain below how to make this mixture yourself).

They recruited 18 people with this condition and followed them over 48 weeks during which they used this ointment.

The researchers assessed the subjects’ progress in two ways.

Firstly, they took digital photographs at the very beginning and again after four, eight, 12, 24, 36, and 48 weeks to be able to evaluate the progress of the nails objectively.

Secondly, they gave their participants a questionnaire so they could rate their own level of satisfaction with the treatment.

After 48 weeks, 83 percent of the subjects showed a definite improvement on the photographs.

Nine of the subjects rated themselves as satisfied and the other nine reported being highly satisfied with the treatment on the satisfaction questionnaire.

This suggests that Vicks VapoRub is a relatively effective treatment for nail fungus.

This is a promising finding because it is a lot cheaper than ciclopirox.

Moreover, while the side effects of ciclopirox and other antifungals include dry skin, redness around your nails, rash, burning, itching, changes of the cuticles, and nail discoloration, a study in a 2010 edition of the journal The Dermatologist suggests that Vicks VapoRub has no adverse effects, so long as it is not used on damaged skin or ingested.

If you’re wondering why it takes so long to work, it is unfortunately common for nail fungus to get into a nail and damage and discolor it. This means that you have to apply the ointment until your nail has grown out and you have removed the damaged bits.

So, what exactly is Vicks VapoRub? Is it even natural?

The two main ingredients are camphor and menthol, which are both natural, but it is possible for manufacturers to include other substances that may not be. As a result, you may want to mix these two ingredients and make your own.

Menthol is a terpene alcohol and is the main ingredient in the oil derived from piperita (peppermint) leaves. Camphor oil is extracted from the wood of camphor trees.

Since nail fungus is only a symptom of internal fungus growth, treating it externally is only a temporarily solution. It will most likely return shortly after you stop the treatment.

For a permanent cure for nail fungus, you must treat it from the inside out (and the outside in) using the simple natural steps explained here…