Can You Stop Aging? 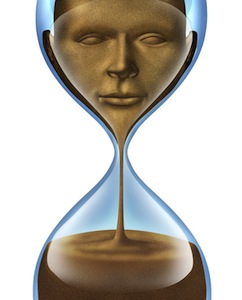 Is it possible to use mathematics to stop father time from wrinkling your face? Apparently, according to researchers in Tel Aviv, it may actually be.

It has been known for many years that calorie restriction in everything from humans to tsetse flies has an effect to suspend, or at least slow down, aging. However, humans need calories to survive, and it isn’t practical or healthy to eliminate all calories.

But what if the same effect could be found in other genetic areas…a way to “turn off” the process of cell death that leads to aging?

Researchers in the laboratory of Eytan Ruppin in Tel Aviv have developed a mathematical algorithm that they believe may hold the key to undoing the damage of aging, possibly even halting the process in its tracks.

Switching off genes to slow the aging process isn’t a new theory, but finding which ones to turn off is like finding a needle in a haystack.

However, the scientists have possibly developed a successful computer model using a mathematical algorithm to predict which genes are the ones that should be targeted.

The process uses genome scale metabolic models, or GSMMs, and replaces hours of grueling research with a mouse click.

If the right genes can be found, a sort of reverse cancer therapy is theorized to be able to help stop the cell damage. In cancer or other illnesses, the goal is to destroy the over-production of cells that cause tumors or destruction of healthy tissue. With the anti-aging approach, scientists hope to alter the genes to repair the normal degradation and damage caused by aging, repairing the cells and thus preserving them in their healthy state.

While the discoveries in this field of genetics have taken the “fiction” out of science fiction, at least in theory, they are still a long, long way from becoming useful to the average person.

Till then, our best shot is to eat healthy, exercise and eliminate stress. In fact, all modern diseases can be drastically improved or cured using these three pillars of natural health.

For more info on healing various diseases, click the link below: