Fighting Off Diabetes is Way Easier Than You Think 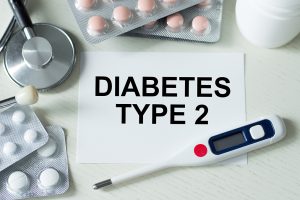 The most common piece of advice on how to combat type 2 diabetes is to lose a lot of weight.

This advice has given rise to some insane weight-loss schemes for those with diabetes, such as the “800 calories per day for eight weeks” diet.

Fortunately, a new study from the University of Cambridge is putting an end to this insanity.

It reveals a simple, easy way to end your type 2 diabetes in a short period of time.

Scientists from the University of Cambridge analyzed data from 867 adults aged 40–69, all of whom suffer from type 2 diabetes and had previously enrolled in a study called the “ADDITION-Cambridge” trial.

Five years after the original trial, researchers checked to see who was in remission.

One-third of the participants were in remission. Notably, those who had lost 10% of their original body weight were 2.43 times more likely to be in remission than those whose weight stayed relatively constant.

1. Type 2 diabetes is the result of an unhealthy lifestyle.

3. You don’t have to be extreme to cure type 2 diabetes—losing 10% of your body weight is far from impossible.

And if you need to lose a few pounds (or a lot of pounds), there’s actually no need to diet or exercise. All you need is the third element of weight loss—explained here…